When The Future Is Loss

Fear and grief over crises that common sense tells us are on the way.By Lisa Wathen 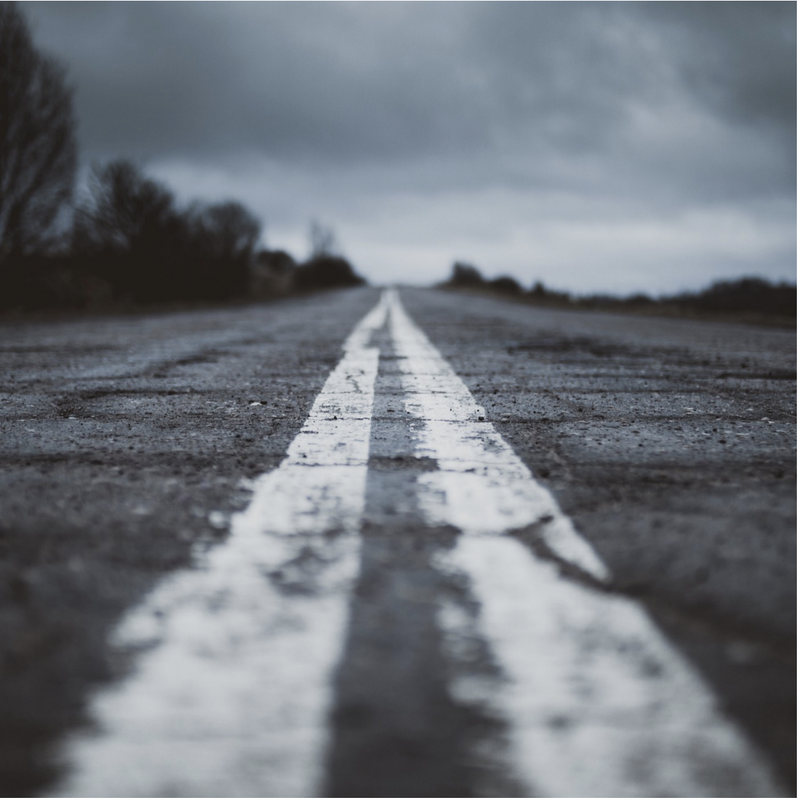 Photo by Ivan Stern on Unsplash
Driving south on Highway 13 through Delaware and the eastern shore of Virginia, I was sobbing. Big, gulping sobs. Ugly crying, you know what I mean. On and off, hiccoughing between tear storms, for 45 minutes. I was thinking of my parents, listening to music from my childhood, replaying memories from decades ago, hearing their voices in my head and grieving their loss, the devastating hole their absence means for my entire existence.

Here’s the thing, though: they are just fine, alive and well, living their best lives in a hip, vibrant retirement community on the banks of the Willamette River in beautiful Portland, Oregon.

There is context here. I was returning to my home in southeast Virginia, after a weekend spent in New Jersey with my soul sister. We met in college, were roommates and have talked or emailed or texted nearly every day since. We’ve visited regularly over the years, and our lives are knitted together like family. I was in Jersey because her father died last year from Covid, and they were at long last holding the memorial celebration of his life. Wild horses couldn’t have kept me away.

​You could argue it makes sense that I was thinking about losing parents on the seven-hour drive home. That after having been part of an entire weekend centered around that kind of loss, the grief and love and celebration of a beloved life, it’s natural that I was mulling over the inevitability of when it will be my turn to face that music and dance that dance.

Except I’ve been doing this a lot lately, about everything. Including myself.

I can’t seem to get away from thinking about demise. I ache with a longing to sponge up every detail of every moment, wherever I am, whoever I’m with, because walking beside me is this shadow figure that keeps whispering in my ear: This could be the last time. Nothing is promised.

I’m beginning to feel the itch of wanting to clean and sort and shred and get rid of things, so my kids won’t have to do it if I suddenly die.

I feel a tidal pull dragging time from my grasp and making me feel panicky about the things I aspired to do with my life — can I ever achieve them now? Is it too late? Am I beyond the time when I can do new things, reinvent, accomplish something special, leave my mark?

And this planet. This beautiful blue and green pearl of ours. It’s changing, shifting, the places and climates and weather I love are going away, being replaced by catastrophes and storms and droughts and fires. The animals and ecosystems are dying. The oceans are changing. I try to imagine the devastated globe I will leave 50 years from now (should I be lucky enough to claim another half century of time here), the world my children will be left with, and their children (should they be optimistic enough to have any).

What do I do with all of this grief? This sadness welling up inside me…for things I haven’t yet lost?

I turn, as always, to story.

When I was nine years old, I heard my grandmother say that she believed Ronald Reagan was going to plunge the U.S. into nuclear war with Russia. It terrified me. I couldn’t sleep at night, because I lay there visualizing a bomb dropping on our house, killing everyone I loved.

​My father comforted me with two stories, and I have turned to them many times in the intervening years. 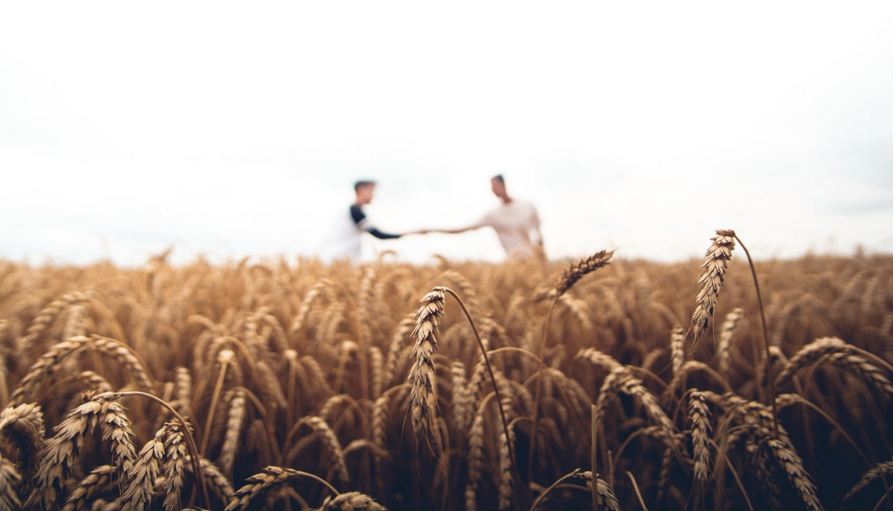 Photo by Warren Wong on Unsplash
First he told me a story about two feuding farmers. They fought their entire lives, threatened each other for 80 years, but never actually raised a hand to each other. They died on the same day, and at their funeral a little boy asked his father why they fought but never really did anything about all their threats. “They needed each other,” his father answered.

“You mean they lived to fight each other?” the boy said, trying to understand.

“No,” his father smiled. “Farmer John raised pigs, made his fortune on selling their meat. But the only place he could buy feed for his pigs was from Farmer Tom, whose corn was the finest in the county.”

Russia wouldn’t bomb us because it needed the U.S. for food. Our farms feed the world, my father told me. We were all safe because hurting us would hurt them, too.

Shared need cancelled everything else out.

The second story he told me was about New York City in 1895. The population had grown so large, and with it the traffic, that experts were predicting that by the year 1900 the city would have to be evacuated because it would be unlivable.

The horses were producing more waste than the city could manage. It was piling up, causing a serious pollution problem, and no one could figure out any other solution beyond simply abandoning a poop-filled city.

Of course, within 15 years horseless carriages were taking over transportation in the city streets, the manure problem was forgotten, and the horse-apple-mageddon end of New York City never came to pass.

So we didn’t have to worry about seemingly unsolvable problems facing humanity — such as the threat of nuclear war — because from some unknown genius the future would deliver new inventions which would save us from…ourselves, or whatever threat loomed.

​These two stories speak most to my fears and grief over the planet’s plunge into climate change, of course. Today my youthful optimism that was founded on these simple anecdotes is not as unshakable as it was then. But they still offer a glimmer of hope. Perhaps common need, highlighted by global suffering increasing under the extreme climate and ecosystematic changes, will unify us and spur most people to act for the greater good, instead of in their individual interests.

And perhaps human ingenuity will invent new tools we can bring to bear to fight the carbon problem, in ways we can’t imagine yet, so we can save our beautiful home from the mess we’ve got brewing now.

But what about the other things, the sadness over losses I have yet to experience, the anticipation of my own demise and all the things I haven’t done with the time I’ve had? 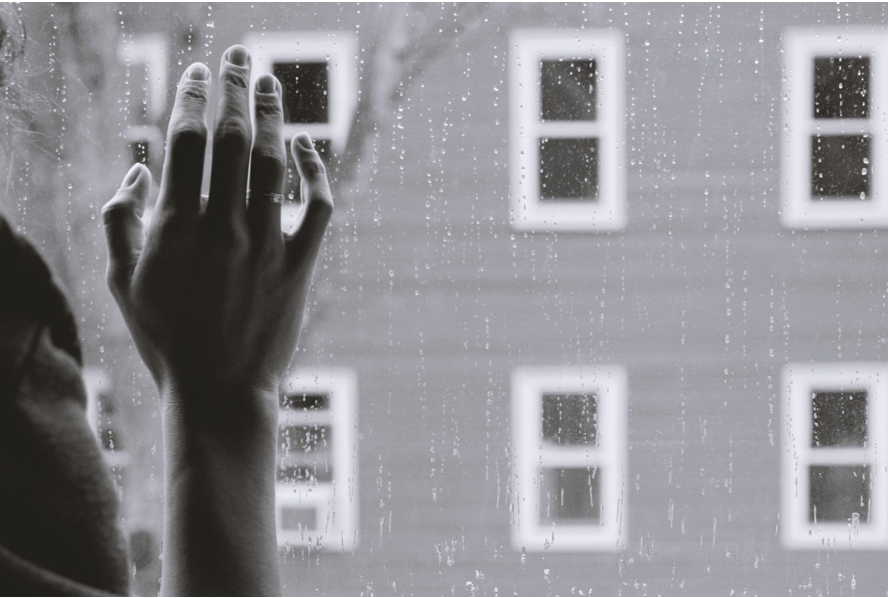 Photo by Kristina Tripkovic on Unsplash
Story again. A personal narrative, this one shared by the inspired researcher Lucy Hone in a TED Talk, called “3 Secrets of Resilient People.”

Her story is about the loss of her 12-year-old daughter, and how she, a resilience expert and researcher, found her way through the jungle of grief.

I recommend her 15-minute talk to anyone interested in all the details, but for this piece I will jump right to the takeaways that are relevant for me. She advises that we teach ourselves to “hunt the good:” notice, acknowledge and register our own gratitude for the benefits of our situation.

Example: her daughter died instantly in a car crash. Dr. Hone’s “good thing”: her daughter did not die as the result of a long, drawn out, painful illness, thus did not suffer.

Grim, yes. It might seem like crumbs from the banquet. But she assures her audience: finding those crumbs makes a difference, and can keep us sane, alive, able to feel joy and live well.

Another takeaway from her talk: at every point of decision, every moment of emotional engagement, ask yourself the question, “Is this helping me, or harming me?”

Example: driving on that long road home, sobbing my heart out, it felt good. Cathartic. I felt closer to all the things I cherish, made me feel renewed and clear on what is truly important to me, where I want to put my time and my energy. It was also a much-needed emotional release.

If I’d stayed in the dark place of worry and anticipated loss, if I’d arrived home, poured a tumbler of whisky, and gone down a maudlin rabbit hole of borrowed grief? That would have harmed me.

Where does this leave me, then?

I think I am probably not the only person who pre-grieves things. I am certain that billions are frightened, as I am, of what the planet’s future holds for us and our children, and the species and landscapes we love and live in.
​
But it is not time to give up hope. I will make the personal changes I should to decrease my own contribution to the problems, and I will hope for the collective inventiveness of humanity to do that and more.
Return to Our Stories