What Happens When You Die by Nancy Peckenham

I have no idea but my mother's death gave me some clues. 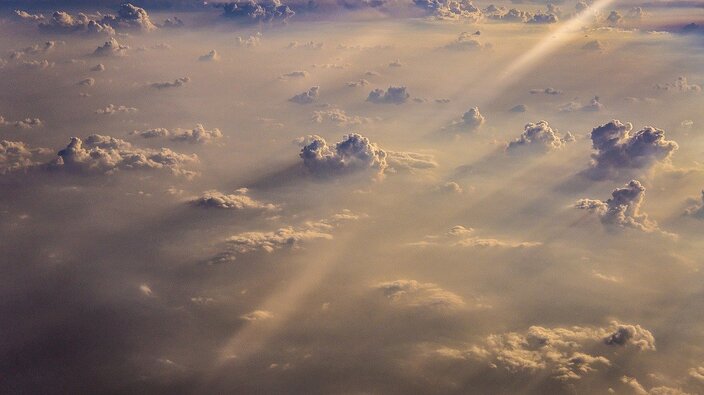 Photo by Free-Photos on Pixabay.
What happens when we die? If I could accurately answer that question, I’d have millions of followers in a heartbeat. Isn’t that what most religions are supposed to provide, a belief in the afterlife, something that helps soften the blow of death?

I don’t know what happens when we die, but I am still processing what I witnessed when my mother passed away last year. Are they clues to what awaits us when after death?

My mother was 102 and had been living with us when she began have some visions. She had been a devout Catholic all her life, going to Mass without fail every Sunday and daily during Lent. She was certain, she believed with all her soul in the afterlife, in heaven and hell, and the prospect of reunion with her loved ones one day.

Catholics, if you are unfamiliar, believe in the soul that exists outside of your earthly being. Once you die, they teach, the soul can either go to hell or heaven, depending on how you lived your life, or be stuck in purgatory, a kind of halfway spot, a springboard to heaven if people on earth pray hard enough for your soul.

For mother, this procession of souls towards heaven was written in stone. (I’m quite sure that she never murdered anyone or did anything that would have marked her for hell.) Perhaps because her belief in the afterlife was so firm, she started seeing the souls of the departed regularly about half-way through her 102nd year.

The visitations started several weeks before she died. She’d wave her finger at a door or a window and ask shyly if I saw anyone there. I had not. She also started to see a red bird, a cardinal, outside her window, though I told her time and again it was the side of a red barn peeking through the cedars.

One warm summer day shortly before she passed, she was sitting on the front porch of our house with her aide, greeting people as they walked by. Physically she was feeling fine. She took small doses of Tylenol and Tramadol daily to minimize the pain of a back injury, but she never took any other prescription drugs.

“Do you see that man in a t-shirt?” my mother asked her aide, who looked both ways up and down the street and saw no one.

“Gee, sorry, I don’t see him,” she replied and changed the topic to the pretty flowers nearby in an effort to divert my mother from seeing what was not there.

That worked for a moment, until my mother interrupted to ask about the man sitting in the third rocking chair, the empty one right next to her. Her aide saw no one but the intense sincerity of my mother spooked her enough to report the incident to me that afternoon.

The next day, I was with my mother as she settled into her recliner, covered in a fleece blanket to ward off the late June cool. Her gaze started to crisscross the arched ceiling as if she was seeing something move.

“Who’s that woman?” she asked. “Do you see her?” as if she knew that it was a vision served up for her.

“I don’t see anyone.” I had to be honest although I didn’t want to embarrass her by suggesting that that she was seeing things.
“She has a little girl by the hand and they are walking.”
​
At this point, I should add that my mother had macular degeneration and she knew me more by my voice than by the contours of my face. A blue blob obscured the center of her vision, though she sometimes saw details on the periphery. I will never know how, or even if, her sight problems impacted her visions. 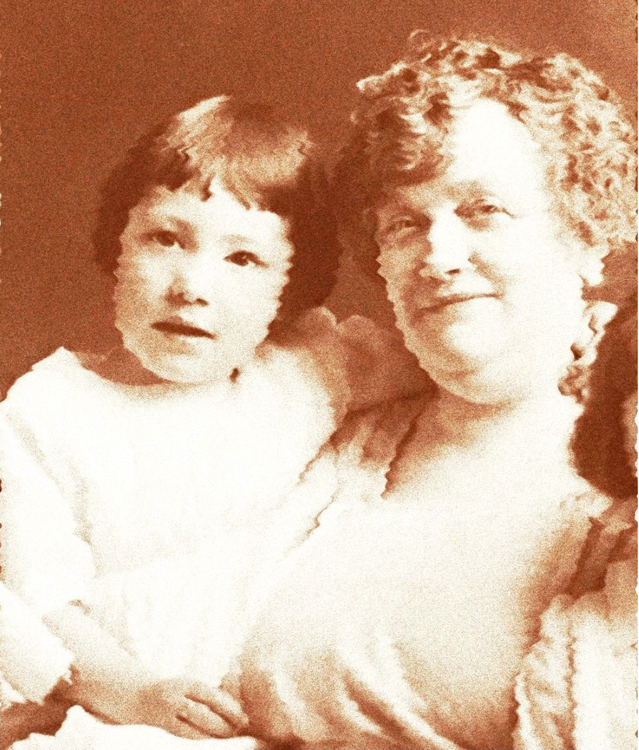 My mother (seen here at age 2) may have recalled the comfort of her grandmother's arms during her final days. Photo from the author.
That night, she fell after getting out of bed and broke her arm. My husband and I got her as comfortable as we could in bed and she put on her signature upbeat attitude. “I’m feeling not too bad,” she said and made a weak smile. I suspected worse and called the home health service to send an x-ray machine and a nurse practitioner to assess her real state.

From her bed, my mother looked up into the domed ceiling which had small windows where the sunlight poured through. Once again, her eyes began to roam. She saw the woman, alone or with a child that afternoon and for the next day or so, accompanying her until she passed.

Throughout those final days as I sat with my mother, listening and talking, I didn’t judge the realness of what she saw. Many scientists would have dismissed her visions as hallucinations, likely caused by medication. But my mother was largely drug-free, like millions of people who have had similar visions throughout history in a range of cultures around the world. If you were to ask me if she was really seeing the spirits of the dead ones before she crossed over, my gut tells me that for her they were very real.

I thought perhaps that my brother, who had passed just six months earlier, could have been the man in a t-shirt who came to visit, and the woman, her mother or grandmother who was coming to lead to her “home.” My mother stayed calm as her vital energies left her and she slipped into her final rest. I believe that the presence of her loved ones, real or imagined, comforted as she stepped with them into the afterlife.

It turns out that hospice workers, who see people near death constantly, advise end-of-life caregivers not to be surprised when this occurs.

A hospice doctor in Buffalo has documented 14,000 cases of people who, when near death, see or dream about long-lost friends and relatives. Dr. Kerr believes that these sightings comfort the dying and take away their fear of death.
​
If you’d like to explore this vision phenomenon, check out “One Last Hug Before I Go: The Mystery and Meaning of Death Bed Visions,” in which author Carla Wills-Brandon suggests that if we stop fearing the trauma of death , then we can live a fuller life.