Maybe it’s time for seniors to find another cause.
By Mary McGrath

Photo by Jamie Street on Unsplash
Remember those hippie days? I’m not talking about putting on a little bit of weight around your middle, I’m talking about those Woodstock love-child love- bead tie-dye days. Were you one of them?

I wasn’t a full-blown hippie, just a fashionable one. I had a couple pairs of love beads, bellbottoms and, of course, my hair was parted down the middle and down to my shoulders. Everybody had that hairdo, and you couldn’t tell us apart. We were like a big litter of Dalmatians, hard to differentiate.

It was a time when many things were being challenged, like dress codes. If your mini skirt was too far above your knees you were sent home. Teachers used rulers to measure your skirt and determine your fate. When we finally got to wear pants, it was such a relief.

​Hair also became an issue. Hair was everywhere. I remember not shaving. First it started with the legs, and then it was the armpits. I probably had a pretty good patch of BO back then because I was very athletic. Not having to shave was a real thrill at that time. 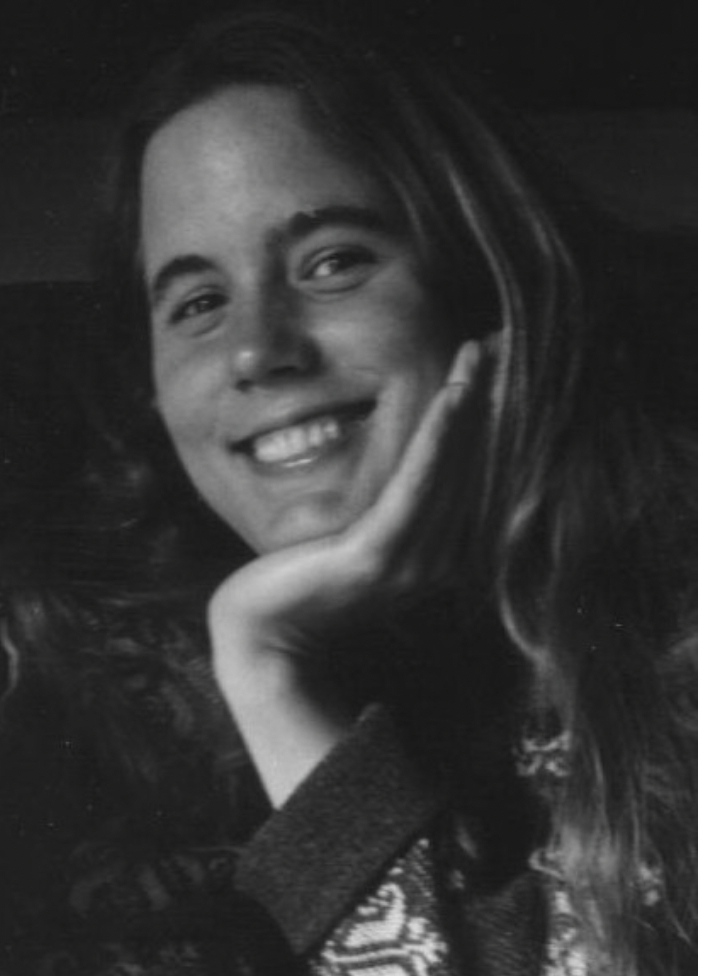 My long hair in the 70s. Photo courtesy of Mary McGrath
Boys didn’t shave either. Many guys had soft curly frocks around their faces. If your boyfriend had a beard, you were lucky. There was no road rash the following morning.

And what about drugs? I didn’t do a lot of them, because my imagination was already too fertile. I remember having two bowls of chili when I was in college, and both were laced with hash. My friend had asked me if I wanted the regular chili or the “spicy“ chili. I opted for the spicy batch because I was a little heavy at that time and loved to eat. Two bowls took me higher than the clouds.

I started walking around our campsite, telling everybody that I loved them. And I did, because when I was stoned, I would become rather affectionate. I loved everybody that night.

I was still high the following morning, when we went to Solvang, a tourist town in California with lots of windmills. All I did is stare at them because I was still looped from the night before.

Everybody was dropping in, dropping out, doing acid, mescaline, and everything in between. The boundaries were loose, and undefined as we attempted to gather ourselves into a new dimension, with different sexual and political mores.

I look the back at those times, and I wonder what movement is going to come next? I’m not talking about the movement from Metamucil. I’m talking about a big political or economic shift, especially for those of us who are now seniors.

Maybe it’s time for another shift, one that’s directed toward those of us who have reached this age, and need something more, something to help us adjust to this quadrant of our lives.

Maybe we need a cause to help us age with dignity, and not become invisible, where what we say matters, and we are not brushed off like some sort of grey ash that can just be blown away in the wind.

Where our buying power matters, where our opinions matter, and what we want remains important, valuable, and noticed.

That’s what I want now, to not remain invisible. My writing keeps me from being opaque and I’m sure it does for you guys as well.

​We still have something to say. We still have a parking spot in this thing that we call life. We care. We matter. Listen to us, and hear us roar.