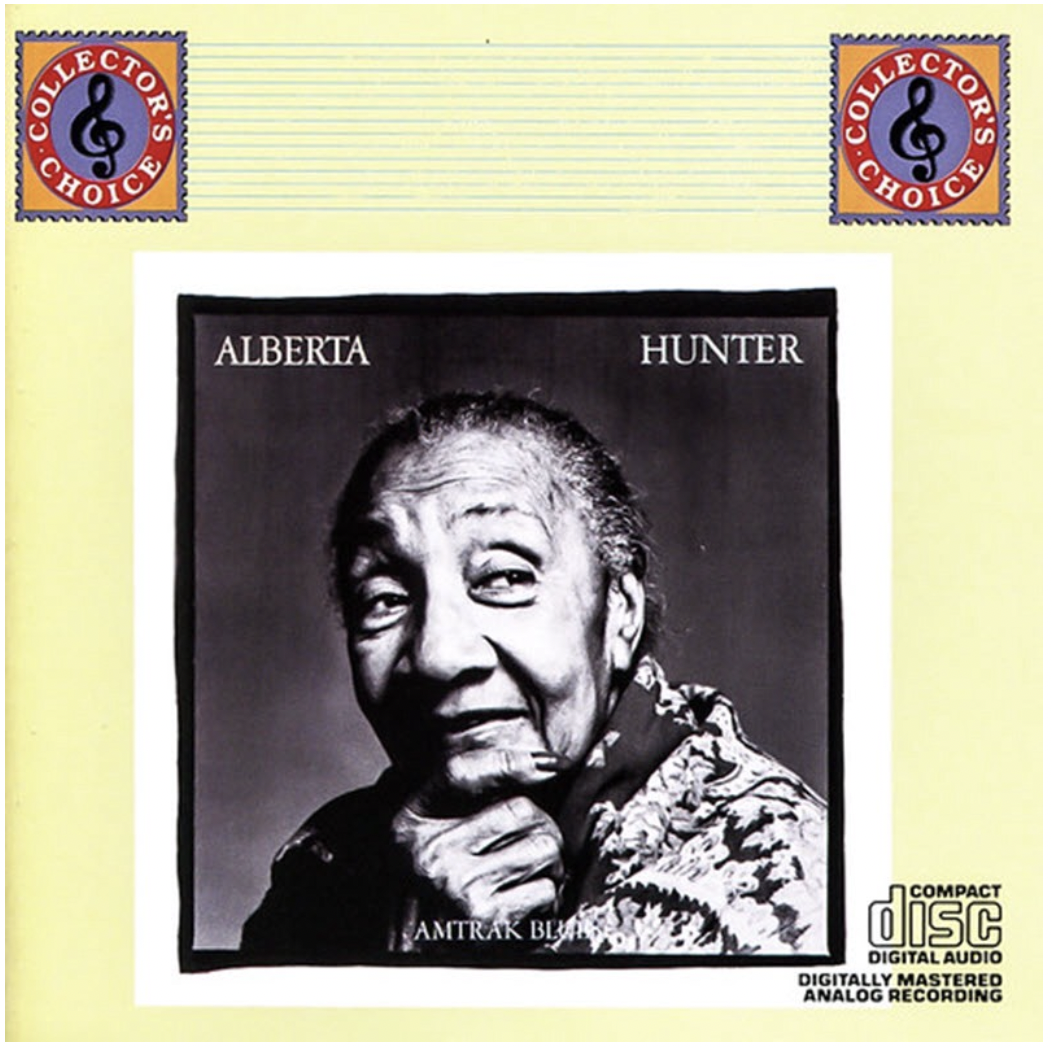 “Selections from My Jazz Album Collection” by flickr4jazz is licensed under CC BY-NC-ND 2.0
Casual listeners might list Ella Fitzgerald, Aretha Franklin, Billie Holiday and Etta James when asked to name some seminal female blues singers. It's unlikely they'll mention Alberta Hunter, a Memphis Music Hall of Famer who was a top-tier talent but who is lesser-known only because of a large gap in her musical career. I’m not a blues aficionado, but I became aware of Hunter, who lived from 1895 to 1984, through a family connection.

​When I run I listen to my monster playlist on shuffle. So I never know what I’ll hear next. The other morning I listened to Alberta Hunter gleefully sing, “My Handy Man Ain’t Handy No More,” a double entendre classic written by Songwriter Hall of Famer Andy Razaf. Even though I couldn’t see Alberta, I felt the playful twinkle in her eyes.

He shakes my ashes, greases my griddle,
Churns my butter, strokes my fiddle;
My man is such a handy man!

Hunter leaves no doubt she intends the risqué, indecent interpretation rather than the benign interpretation of Razaf’s double entendres. Alberta suggestively lingers on the prurient lyrics in a charming manner. Most innuendo is creepy. How did Alberta Hunter thread the needle between the nice and the naughty, making herself so endearing?

For one, innuendo and double entendres are siblings, not identical twins. The innuendo, e.g., “Is that a banana in your pocket or are you just happy to see me,” is the crass brother of the elegant double entendre. Innuendo is to double entendre as Billy Baldwin is to Alec Baldwin.

Secondly, aside from the sophistication of a well-crafted double entendre, Alberta’s success with the song is age-related. Her gravelly voice is not that of a young woman.

As a society, we’ve only recently acknowledged that the elderly retain their libidos, but listening to octogenarians discussing sex is a bridge too far. So hearing Alberta sing a bawdy song is a delightful, unexpected shock.

Razaf wrote My Handy Man in 1925 and it was first recorded by Ethel Waters in 1928. At a callow 32 years old, Waters couldn’t lend the song Alberta’s gravelly-voiced subtext nor did she play it up for laughs. In my mind, Alberta Hunter owns this song.

When I returned from my run and researched Alberta Hunter, I learned some astonishing facts.

Astonishing Fact #1
Not only was Alberta old when she recorded My Handy Man, she was really old. Alberta recorded this song on her Amtrak Blues album in 1980 when she was 85.

​This doesn’t make her the oldest person ever to record an album — that honor goes to Tony Bennett who recorded “Love for Sale” at age 95 with Lady Gaga. Nonetheless, 85 is an impressive age to create art that received such critical acclaim.
It’s well worth your time to watch the video. According to my wife who attended this performance because her father produced it, the small, frail 86-year-old Alberta required assistance walking onto the stage. When she started singing, the audience was jaw-droppingly awed by the power of her voice and her sly stage presence.

Astonishing Fact #2
The 1980 Amtrak Blues album was part of Alberta’s return to performing. Hunter pursued her singing career that began in 1910, performing in a bordello. After her mother’s 1957 death, Hunter quit show biz and worked as a nurse until 1977 when she was forced out because the hospital believed she was 70. Alberta was actually 82.

The takeaway from Alberta: Don’t dampen your aspirations because of the year on your birth certificate.
Instead, put the pedal to the metal in your remaining time. For Alberta, leaving nursing led to a fruitful period of unimaginable creativity.

Astonishing Fact #3
​Alberta sings My Handy Man with such self-assurance and winking familiarity, it feels like she’s joyfully recalling a dalliance from her younger days. Turns out that Alberta was married to a man for just a few months before separating and eventually divorcing. She was a closeted lesbian. I like to think Alberta had a Handy Woman who trimmed the edges off her lawn and handled her front yard.
There are no rules for aging. Some folks relish the absence of work pressure and the time to pursue hobbies and enjoy family and friends. Others may struggle to find purpose and meaning.

A third group may never stop working because they love what they do.

​Alberta Hunter provided an extreme example of this third camp, following her passion into her golden years, practicing her craft with maximum mischievousness.