Reading the Face of Father Time

It’s the most urgent wake-up call you’ll ever receive. How will you answer it?
By Roger A. Reid, PhD 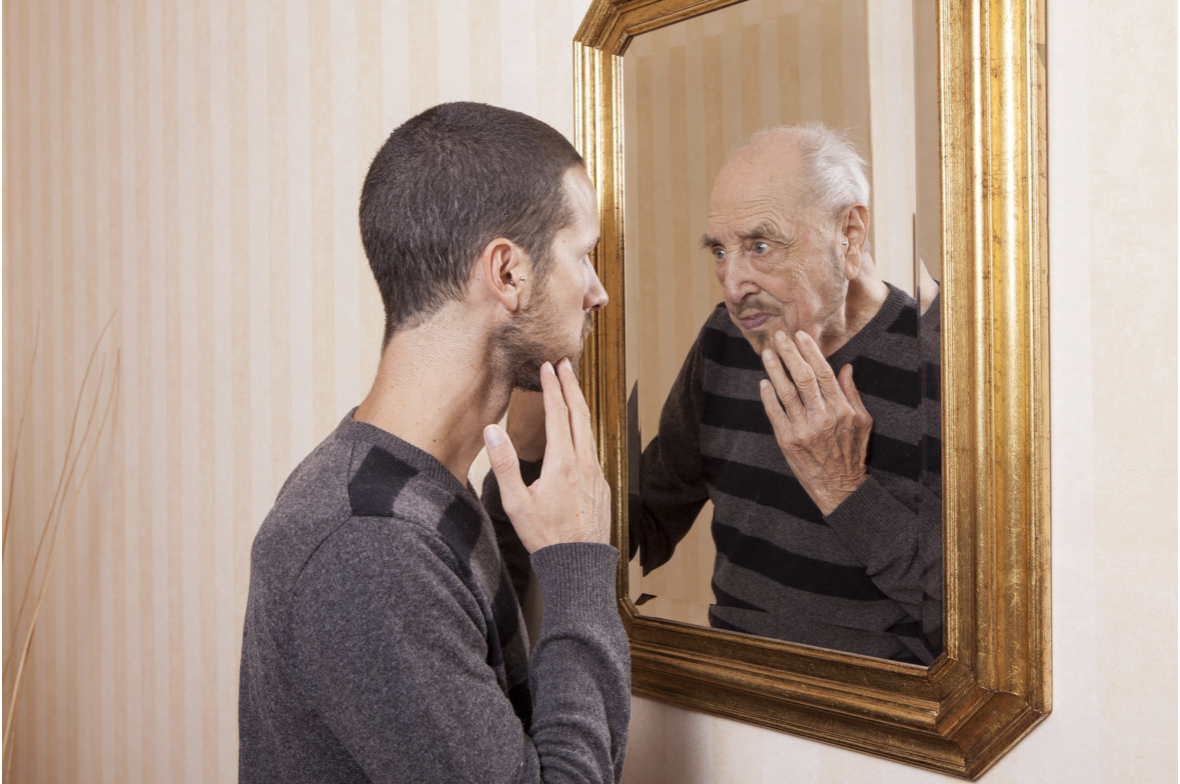 Photo from DepositPhotos
It’s just a concrete driveway, with a couple of chalk marks on it. At first glance, you might think the white lines had been drawn by kids setting up a free-throw line.

But no, I drew them.

I did it as an exercise in perspective. And I encourage you to try it.

But I have to warn you: It’s going to bring you face-to-face with Father Time, and a constantly shrinking future that we often treat as a limitless commodity.

The first line is placed at the beginning of the driveway.

The second line is exactly eighteen feet away. Those eighteen feet represent a lifespan of 90 years. If you do the math, each decade equals a distance of two feet.

Maybe I’m being overly optimistic, but I’m hoping to benefit from the advantages of a healthy lifestyle and average genetics. But regardless of how or why, I’m planning to squeeze every remaining inch out of those eighteen feet.

If you take a closer look, you’ll see a third mark on the driveway. It represents how far I’ve come on my projected timeline. I’ll confess that I stood on that mark for quite a while, letting it sink in. Because the thirteen feet that lay behind me made the truth painfully clear . . .

Most of my life was behind me — in the past.

And while standing there, with only five feet ahead, the clock was continuing to tick, leaving me with the ironic realization that I was spending my irreplaceable time worrying about how little of it was left.

I suppose I could have thought about all the accomplishments I’d made, all the things I’d done in those thirteen feet representing my past.

I couldn’t take my eyes off the halfway point, amazed at how far behind me it was. It made it clear how short life is, and how much of it had passed without my being aware of it.

I felt like I’d come home to an empty, burglarized house — robbed of my most valuable possessions. Especially as I realized the years remaining in those five feet of driveway are not promised, and could be taken from me in a heartbeat.

The thought left me with a shudder of fear — not from the anticipation of passing from this life to the next, but from recognizing how transitory our lives are, and how fleeting our feeble ideas of permanence really are.

At thirty, I told myself there was plenty of life ahead. Lots of years left to spend in any way I choose.
“Years to spare!” I thought.

My time-coffer was bulging with a half-century at my disposal, and that seemed like an unending, inexhaustible supply of time.

But now that my personal reserve is down to a scant, pulse-quickening ten or fifteen years at best, I can’t ignore the declining balance — and it’s easy to see how quickly my remaining time is being depleted.

Why didn’t I see it earlier, in my twenties or thirties?

​It’s a common self-deception. And the phenomenon has been researched, studied, and verified by many prominent psychologists. But rather than leave a trail of links to a series of dry, scientific studies (like this one from Scientific American), I’ll explain it this way:

If you’ve ever watched an hourglass drop sand from the upper compartment into the lower, you’ve probably wondered how all that sand is going to pass through that tiny opening in just an hour.

It moves so slowly — at first.

​But after a half-hour, the sand seems to be falling much faster, emptying the upper vessel much more quickly.

And that last five minutes? Whoosh — and it’s gone!

It’s just an illusion. But it demonstrates why we’re so susceptible to squandering our time in the first two-thirds of our life, only to become acutely aware of its irreplaceable value as we approach our last trimester.

So here I am, on the brink — give or take a few years — ready to close it out, lock it up, and leave it behind forever.

And even though I know the final outcome is inevitable, I still grapple with the idea of manipulating the circumstances, changing my fate, and rearranging the schedule a bit. Because truth be known, I would prefer to extend that remaining five feet into seven or eight.

Surely, that’s not too much to ask. And yet, it makes me wonder if the Great Time Keeper would wag his finger and give me a stern reprimand for trying to steal a few more years.

I think if the Great Time Keeper does grant the occasional extension, it’s seldom to allow someone to make another million dollars, or to travel around the world, or to finish a screenplay that’s been in the works for twenty years.

I think it’s more likely the occasional granting of an extra year or two is reserved for those who can make a difference in the lives of others — those who have learned to listen without judgment and to lend a hand when they see someone getting bogged down in the mud and muck of life.

So, as I face those remaining five feet, I promise myself that I’m going to be more aware of what’s going on around me, to do my best to take it all in, so I don’t miss a single thing.

Will it make a difference?

I hope so. Not only to me, but to others, as well — others who felt ignored in the past, or who need a phone call, or maybe a hug, because their day turned to shit and they’ve never felt so alone.

Or maybe, they’ve looked back at the sidewalk and realized how far they’ve come. And now, they can’t stop shaking.