No, I'm not retired.
​By Mary Lou Heater 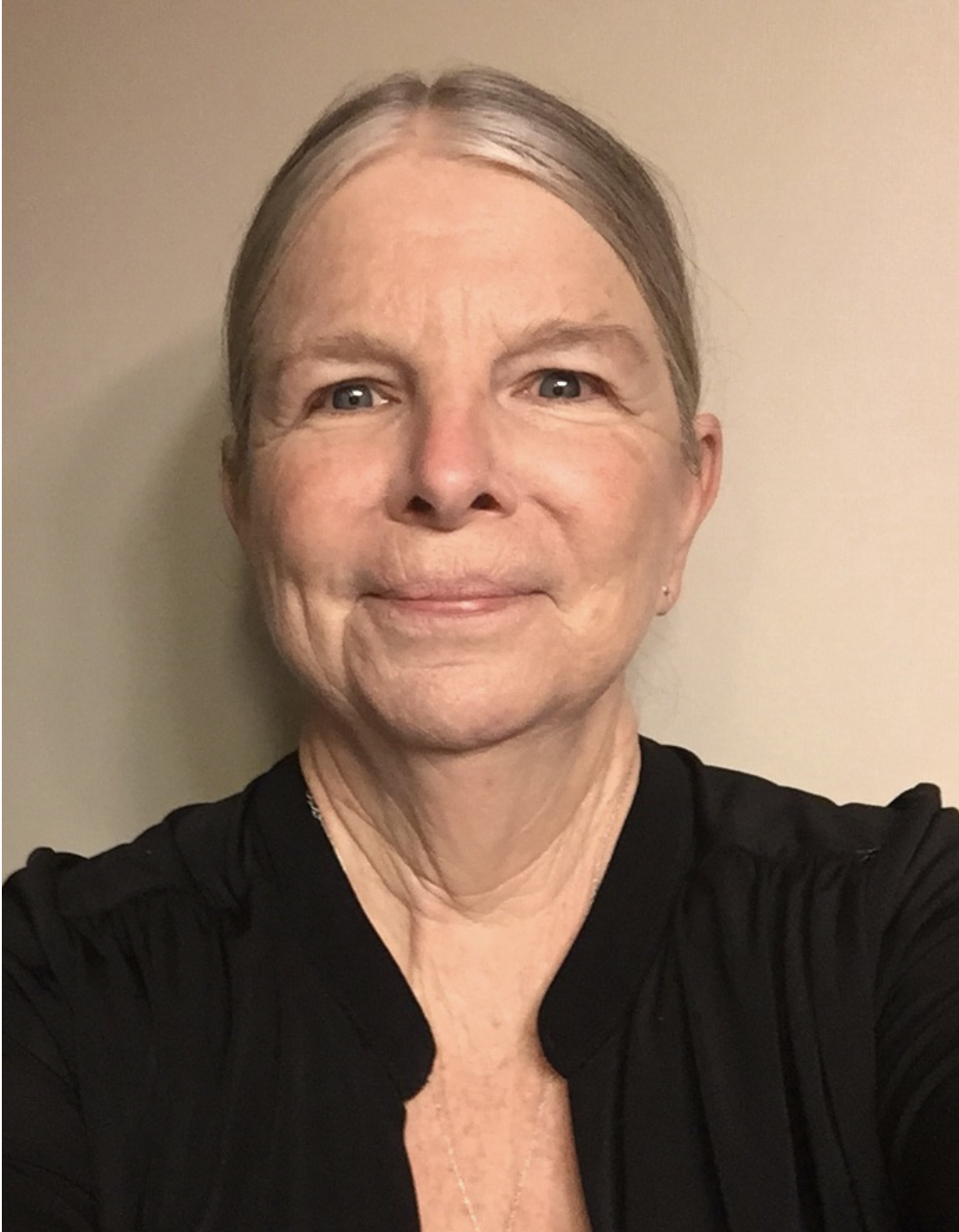 Here's my 70-year-old self. Photo courtesy of the author.
It’s official. I’m still cognitively intact. Upon being pronounced, I immediately called my sister in San Diego. Lucky for me her number is programmed into my cell because I couldn‘t have been expected, at my age, to remember all those numbers. Until now.

No, I didn’t just successfully complete the Montreal Cognitive Assessment (MOCA) but within one week, a Gen-X therapist at work, promptly followed by a millennial private advisor at my bank, declared I was still sharp. At my advanced age, I still had my wits about me. Good to know. In the workplace, I chose to forego an ageism rant, but at the financial institution, I was not so shy.

Discussing future asset allocation, I had detailed to the banker how I came to be financially stable. I was debt-free, having long ago paid off the house note (sold an old life insurance policy); consistently lived below my means; and over time divested in a conservative portfolio of mutual funds, bonds and annuities. Not to mention having made a well-paying career choice.

I love to talk about money. Big fan of Suze Orman (for the record, one month older than me). I shared with the millennial how, back in the 80’s, I took out a $4000 loan to pay the IRS and secured it by purchasing a certificate of deposit (CD) in a matching amount and today it’s valued at more than $20,000. I explained back then, the interest rate on CDs was 2% above the prime lending rate (12%) so I actually profited in the transaction.

“You’re unique,” she said. Not really.

The ensuing diatribe included the ages of POTUS (78), the Speaker of the House (81), and Senate Minority Leader (79). Regardless of political affiliation, these are the folks to whom we entrust (if not trust) our country’s future, and yet I’m not considered competent enough, at (then) 69 to balance my check book, choose the right short-term investment, or consolidate my savings?

She countered that in her experience people of a certain age didn’t have much snap — at least as far as finances were concerned. Okay, I didn’t mention that the current Secretary of the Treasury is 75 years of age.

However, I did share that dementia in not a natural or normal part of the aging process. That it is old school thinking to say that mental acuity diminishes with age — regardless of what the television advertisements say. Research now suggests that cognition does not decline starting in our 40’s as once thought. Yes, there are changes in the brain that impact data retrieval, but on the other hand, there are some important connection increases that improve our understanding of issues on a more global or macro scale.

Interestingly, the medications you may take for some common medical conditions found in older adults (like high blood pressure), as well as the diseases themselves, may be contributing factors that keep you  forgetting where you put your car keys (sorry, I meant key fob). Don’t always blame senior moments.

After the aforementioned bank visit and rant, I stopped by a friend’s place for lunch. The conversation shifted to that, having achieved a personal financial goal, I was toying with the idea of buying a vacation property. Straight away she said, “you’re too old.”

Granted, I am too old to have a baby. Too old to waste time. Yes, and too old to start smoking crack — as a 61-year-old man recently told me, “I’m too old for this shit,” after relapsing upon meeting a lady of the evening in a hotel lobby. But too old to buy a beach condo in Galveston? At 90, Captain Kirk is going into space; Jimmy Carter is building Habitats for Humanity at 97; and didn’t Grandma Moses start painting at 78? Try telling them you’re too old. I admit, however, for motivation in the face of life’s discouragements, I often had to remind myself that Hillary Clinton was older than me when running for president. And she almost made it and so could I — well, not be POTUS but achieve whatever I wanted at any age.

Sorry, but I do get incensed when continually asked, you’re still working? Did you know that choosing 65 as the age of retirement for Social Security was somewhat arbitrary? According to the Journal of Accountancy, there were several contributing factors including the high unemployment rate during The Great Depression. It was their way to slickly get the elderly employees out of the workforce to keep the younger folks getting a paycheck. Ironically, today companies are trying to keep us or lure us back into their ranks. When experienced folks walk out the door, they realized not only do the skills follow, but often the brains, memories, and valued relationships of the respective enterprises as well.

There’s no doubt, like me, the workforce is aging. Face it, millennials, there are more of us than you. The average age of a psychiatrist (my field) in the U.S. is mid-fifties, and for registered nurses (my profession) it’s 51. Do the math --  there are more folks working that are over rather than under 50.

Where I’m employed, the lead nurse is 76, the head psychiatrist is 68, and there’s a doc pushing 80. Of the ten providers more are over 60 than under. I was recruited back there at 67 even though I heard HR allegedly asked (an EEOC violation?) do you know how old she is?. However, the following year, at 68, I was asked to be one of the faces of the agency for a recruitment video.

As I was inching closer to 70 and considering my options, I told my 50-something boss I was thinking of leaving and she said, “you’re too young to retire.” I didn’t hear “you are too old for this work.”

I admit, there is a certain tenor of this piece. Edgy maybe, peevish, a tad defensive? Sure, I don’t like being mature, seasoned, and (especially) considered elderly. I don’t want the grocery clerk to ask, “do you need help with carryout?” Do I look frail, like I can’t lift three cans and a container of milk and get them to my car? As I politely decline the assist, my brain is screaming do you know I lift weights three times week?

To anyone under 30 (?) looking at me, I am old. I get it. You know the common retort, what’s the alternative?

Sure, there are some advantages to aging, like lower car insurance rates, discount movie tickets, and senior specials at certain restaurants. But please don’t make assumptions about me based on the wrinkles on my face, color of my hair, or the cut of my clothes. Ageism like racism, sexism and all the isms emphasizes our differences instead of celebrating our similarities. Try to avoid society's stereotypical depiction of my 70-year-old self.

Some of my former staff recently told me they never thought of me retiring. They figured I’d continue on writing, teaching, or consulting until I keel over. I don’t garden, golf, fish or craft. Young whippersnappers need to learn that most of us senior citizens (another expression I despise) still live at home (not in nursing homes), a good portion of us are still in the workforce (by necessity or choice), and we are, for the most part, still sharp.