I have now reached Level 50 in life by Deity Systems. And I have a complaint.
By Karl Hodge 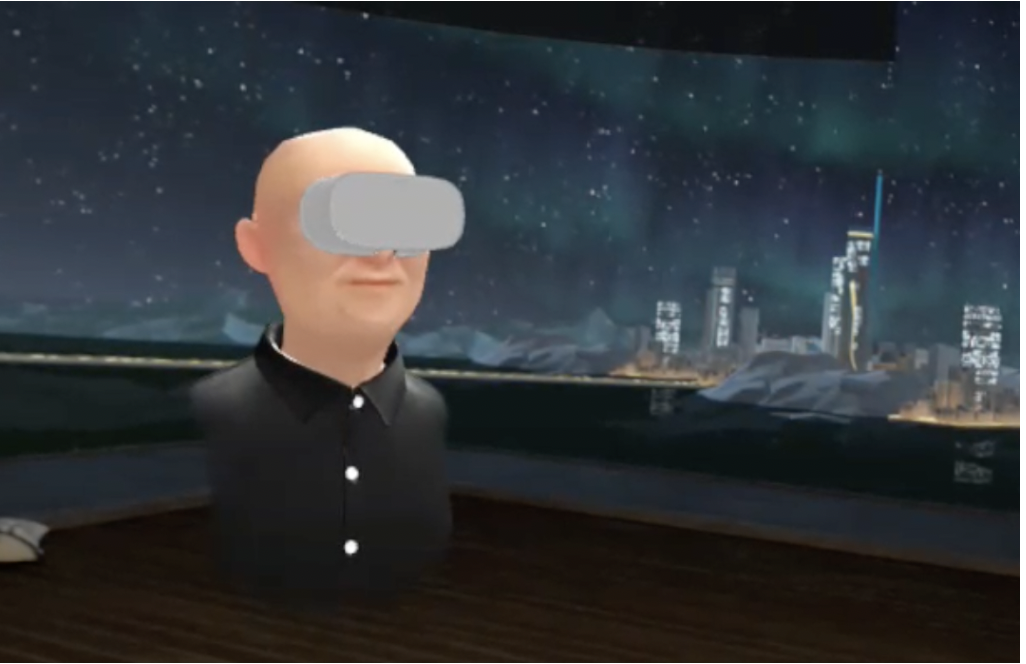 Oh, come on. I look nothing like that. (Even though I took this screenshot and it is of me in VR).
Dear Deity Systems,

I have been playing your game, “Human Life,” for some time, but I am starting to think it may be broken.

I was fortunate that my randomly generated character is a heteronormative white male. As a result, my early progression in the game was relatively trouble-free. Yes, I was picked on by larger males and found that my invisibility shield would activate unexpectedly in the presence of females. That was inconvenient.

I am writing now because I have, after an extended period of grind, reached level 50 — only to find that many of my character powers have been nerfed.

Although my character was always short in stature, it is now severely encumbered by body fat. I can only sprint for short bursts, which makes mission completion difficult. This, along with premature baldness, has lowered my attractiveness rating significantly.

I’ve also discovered that my cognitive function is beginning to deteriorate. I have the key to my Skoda, but I can never remember where it is. I cannot recall the names of everyday things like — what do you call it? You know. That stuff you put on cornflakes. Cornflake water?*

My sleep is constantly interrupted by “urge to pee.”

I worked very hard to get to level 50, but my character has not levelled up some attributes that I assumed would be boosted.

My contentment rating is appallingly low, for example. My ability to offset this by casting the spell,“Glenmorangie,” has been entirely destroyed by acid reflux. I also find that I have to stay in bed for longer to recharge my character’s fatigue. Worst of all, many other level 50s seem to have completed most of the in-game achievements by this stage and I’m not even close. Admittedly, I chose to be a mercenary and didn’t discover that progression on this track would terminate prematurely until quite late in the game. C’est la vie, as it says on your TV advert.

I have tried to patch the game to a newer version, but my operating system does not support many of the graphic add-ons like full sleeve tattoos and body piercings.

I feel a bit like I was misled by the box description and wondered if there was any way to re-role my character, but keep the progress I’ve already made. I really don’t want to go all the way back to level 1, especially now I know that pissing and shitting myself will be reintroduced at level 83.

I would be quite happy to go back to level 27. That’s when my midlife crisis began.