Not My Grandma's Sixty

Her portrait at that age looks nothing like mine. 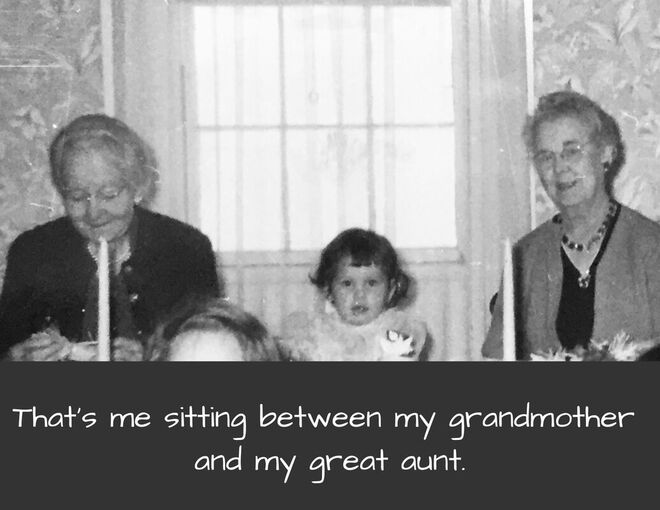 There’s a cultural shift in motion, gaining momentum, poised to make a lasting impact. I’m referring to the shift in how people view aging, a transition away from fear to realizing the freedom a lifetime of experience can bring.

I know the fear of aging was buried deep inside me when I was young, really young. I remember when I was five years old I visited my paternal grandmother, tiptoeing around her lace curtains, careful not to disturb the china figurines. My grandmother wore her grey hair in short tight curls, rimless glasses on the bridge of her nose. She rarely smiled, her lips typically wedged together in a grimace. It was impossible to think I would ever be like her.

I was barely five years old when my grandmother died so my memories are very dim. However her sister, a carbon copy with the same grey curls and rimless glasses, came to live in our upstairs bedroom. During the day she stayed in her room, and other than praying the rosary daily, I don’t have any idea of what she did. Getting around apparently was difficult for her at 80 and she would ring a bell when she needed help and my mother would run to her side.

She must have come downstairs because I can still see her after supper sitting on a chair placed next to the sink where she “supervised” my sister and me as we washed and dried the dishes. She was quiet, a retired office clerk in a silk mill, and never had a mean word to say. But she seemed brittle, as if a brisk breeze could knock her off her seat. That was my first up-close exposure to someone who was considered “old.”

My maternal grandmother was similar, always sitting, except when she laid down every afternoon for her nap. She knew how to smile, however, and she always offered us a homemade molasses cookie when we visited so I know she got up and around. She seemed stiff, too, but nice.

I entered adulthood with these elderly women etched into my brain, part of my distant future, I guessed. In my twenties I set off on a life of adventure, my world shaped by the social upheaval of the sixties and feminism that convinced me that I could achieve any goal I chose. From documenting human rights abuses to having a family and a journalism career, I took on new challenges and never gave much thought to growing older.

At 45, I began to think about my future when I realized that I was the oldest person in the news bureau where I worked. When I left the job a short time later, I quickly confirmed that the employment door for people my age was swinging shut. No problem. I started my own business and enjoyed being the boss.

As I edged up towards 60, I sold my business and had to swallow the humiliation of knowing that virtually no news organization would hire me. The fear of being old, that buried image of severe-looking seniors etched by our ageist culture, surfaced from my subconscious. Was I doomed?

I was wrestling with this fear of growing older, of being shunted aside, when one day a photo of my grandmother in her pintuck, collared dress caught my eye when I was visiting my mother. Her blue eyes pierced through the rimless lenses, her hair that familiar helmet of grey curls. Curious, I turned the photo over and discovered that my grandmother was 60 years old when she sat for that picture. My age!

I chewed this fact over as I walked home. My grandmother, I concluded, was a product of a different generation while my experiences since early adulthood have shaped me to see my age in a new light.

Granted, people are living longer and, for that very fact alone, being 60 years old means you stand a good chance of having 25, 30 or more years to live a meaningful life. But it’s not medical science alone that creates my new self-image. I also have a different spirit, a new energy, one fed by a new beliefs, better diet and exercise. I can see that the old ageist stereotypes are being broken as we live and thrive. In the past two years I have been buoyed by a new community of fellow travelers, especially at Crow’s Feet, people who are putting their arms around the idea that life continues to be a source of wonder regardless of when you were born. 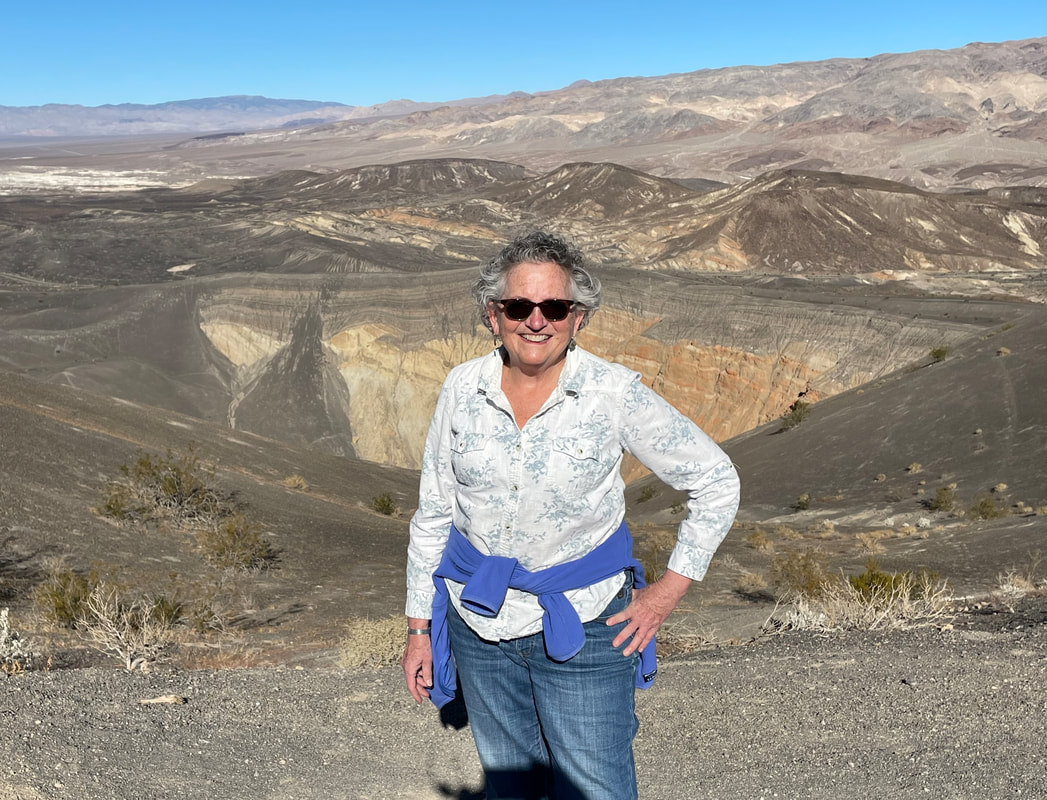 That’s me in Death Valley a couple of months ago at age 65.
Get more about how we handle life as we age at Crows Feet on Medium.
​