My Turn at Last 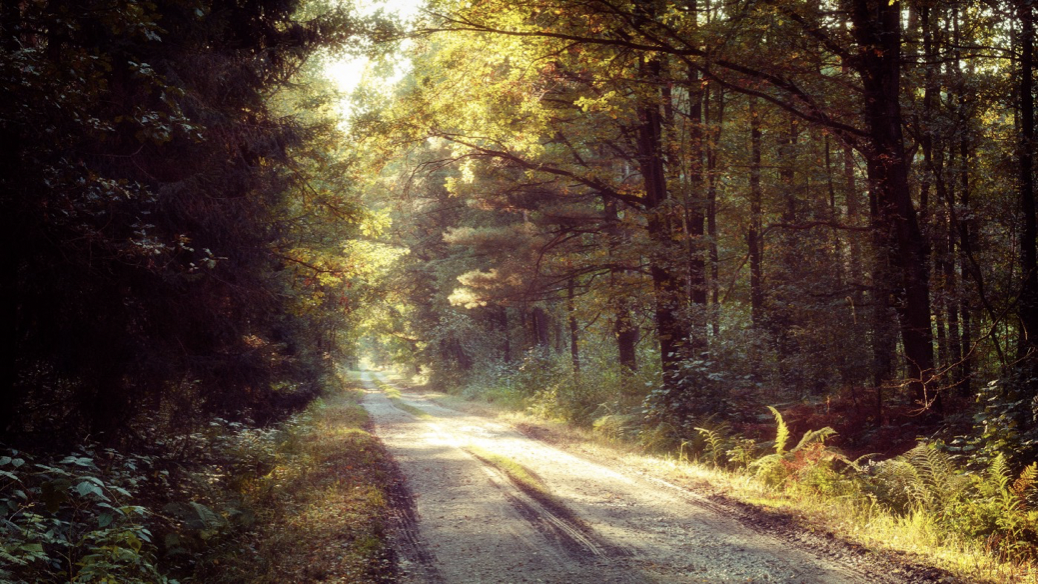 Photo by Lukasz Szmigiel on Unsplash
I’m walking down a narrow, paved road that curls its way through some woods near my house, heading toward the river. This is Southeastern Virginia, so even though we’re on the doorstep of November the air is warm and the trees are only beginning to hint that their soft greens might be ready to warm into the brighter shades of autumn.

I take these long walks three or four times a week, though I’d do it every day if I could. I’m especially eager to get outside this time of year, to mark each tiny change as the natural world leans into the season — autumn is late here, yes, but beautiful. It is so fleeting, I cherish every bit of it.

But today, even as my eyes search the canopy for golds and reds, my mind is far away in upstate New York. Because there’s a house up there, in the foothills of the Catskills, that I want to call my own.
​
I was born in New York, as were my father and his parents. All of them devoted Manhattanites, my parents lived and worked in the city until I came along. That’s when they decided that the Big Apple was not where they wanted to raise a family, and the commute from Connecticut or Westchester was too much to be borne. Before I was two we moved to Oregon, where my mother’s family lived. I grew up there, visiting the city and state of my birth only every few years on family vacations, firmly identifying as an Oregonian rather than a New Yorker. 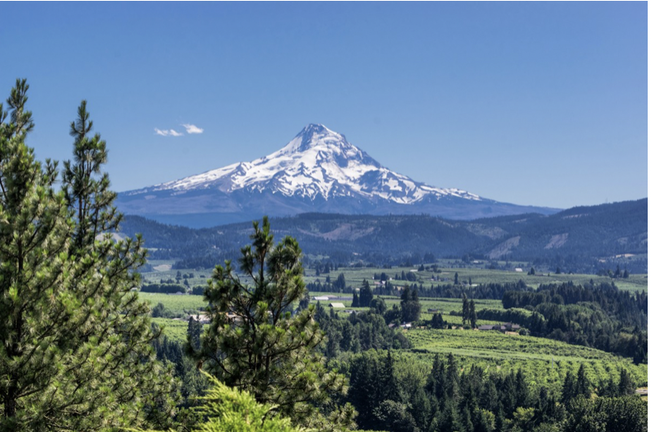 Photo by James Morden on Unsplash
I loved Oregon: its colors and smells, its wet winters and dramatic coastline.

​I grew up in a dilapidated neighborhood populated by craftsmen homes interspersed with the odd robber-baron’s mansion. The first “fancy” neighborhood of the city had been discarded at the turn of the century by the wealthy aristocrats who preferred higher ground in the west hills overlooking the river. Thus the aging architectural hodge-podge on the east side was affordable for poor and middle-class families by the time mine arrived on the scene. I grew up in love with those older homes and their original woodwork, panel doors, paned windows and tall ceilings, and streets lined with century-old maples, sycamores, douglas firs and chestnuts.

To no one’s surprise, I hated it when marriage and a husband’s graduate school requirements meant moving to California. A PhD and a post-doc meant 11 years in the Golden State, with which I eventually made my peace though it never really felt like home.

Then it was all the way across the country for a coveted tenure-track position in Williamsburg, Virginia — and once again far from any place I considered my true home, I had to adjust, find a way to love where I lived, make peace with the things I missed.

​I’ve been happy here. It’s lush and green, plenty of rain and dramatic weather, and it snows sometimes in winter. I’m grateful that fate brought me here — also that it took that husband away, once we divorced, and I got to enjoy life here without him, raising my children, forging my own path, ultimately finding a partner who fits me so much better.

Photo by britt gaiser on Unsplash
A couple of years ago I came across a picture of an old house for sale on the internet. It was way up in Maine, but it had everything I’d ever wanted in a home: over a century of history, scores of wooded acres, plenty of space, wood everything and lots of fire places.

AND it needed a lot of work.

I showed it to my new partner with a sigh and, although we agreed that it embodied things we’d both love to have, it remained just a dream, a wishful imagining that we shared.

But over the past two years that little seed of an imagined possibility has grown, until this past summer we began actively searching for a second home to buy up north.

At first it was just occasional fits and spurts of checking listings, lazy weekend morning browses. I searched every state north of Pennsylvania, and my search parameters were wide open because the one important factor seemed only to be someplace north of here.

Gradually I narrowed things down, got more serious. One evening after dinner I mentioned some interesting finds to my partner, and he asked me to show him.

He was totally into it. Far more than I expected. A couple hours later he took my hand and said, “I think what we’re saying is we want to do this. For real.”

Two weeks later we made our first offer on a house. It was in New Hampshire and needed a lot of work, so we figured we’d get it for a low price. We were wrong. A month later we had gotten serious enough about a house in Maine that we took a long weekend to drive up to see it — and that’s when we realized that there was such a thing as too far away.

We didn’t make an offer on the Maine house for a lot of reasons, and one of them was that a 14-hour drive through the I-95 NYC corridor was not tenable. We wanted a house we could go to on long weekends at first, especially if we were going to have to do a lot of fixing up.

So the search parameters narrowed again, pretty much leaving us with anything in New York. We love the Hudson River valley, but it’s out of our price range, so that meant upstate was our target.

We found houses. Contacted realtors, got video tours. Another month or so passed, and we found four houses in close proximity, so we decided on another weekend trip to see them in person. 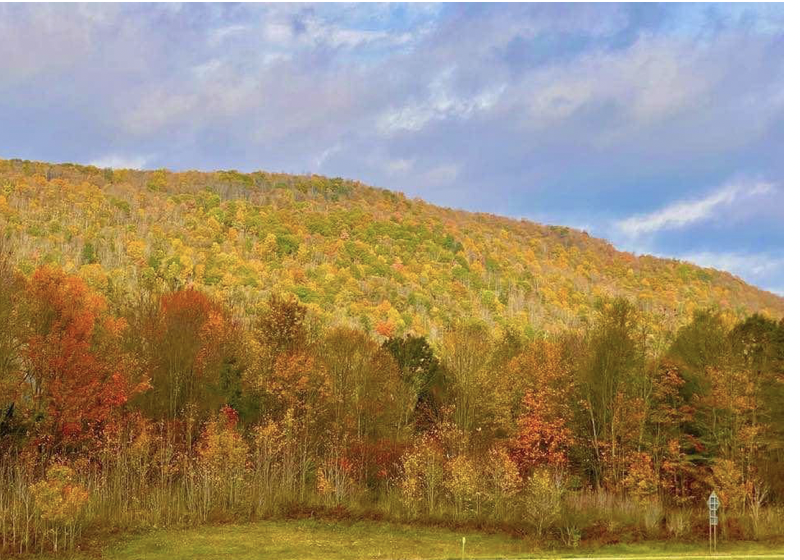 Photo by the author.
​It felt like a homecoming.

It was brisk and windy. The light was bright, the world filled with color and rural beauty. Hills, fields, homes tucked away where you’d never expect them, ponds and rivers and creeks. It was quiet and beautiful, and felt familiar to my heart in a way no place other than the Pacific Northwest has ever done.

I was surprised to find tears pushing their way to the surface several times, and when we had to leave the next day I may have actually had to blow my nose once or twice.

One of the houses claimed our love that weekend.

Built in the early 1860’s with a newer wing added around 1910, it has a barn, a few acres, a pond and a creek. There are willows and apple trees, two paddocks that could be used for livestock, and a generously sized chicken coop.

It also has issues. Neglect has left it needing a lot of TLC and some serious foundation work. But the bones are solid, and all the original woodwork is there, floors and trim and doors, and we love it.

​So I walk these soft, southern afternoons in temperate weather, where autumn hasn’t yet settled in, with my mind 500 miles away, dreaming of the house, hoping it will be ours, imagining the work we will have to put in to make it sound, and the love we will give it as we make it a home. 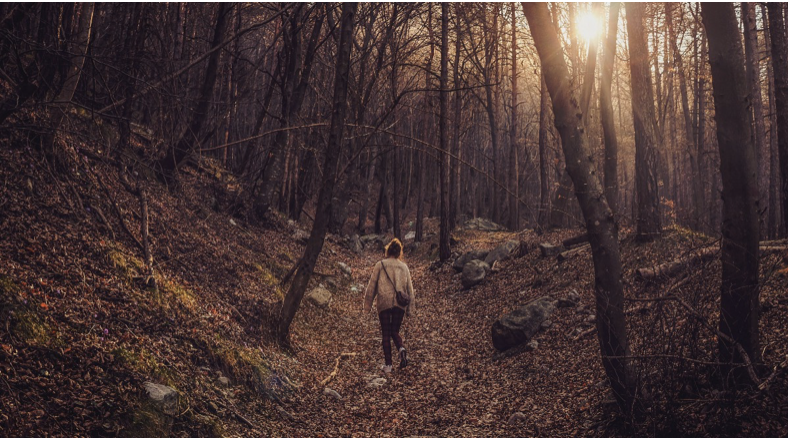 Photo by Cristina Gottardi on Unsplash
In the waning afternoon light, I turn this whole, unexpected thing over in my mind. It comes to me that there is more to this than just loving an old house and a particular, lovely place.

This is the first time in my entire life that I get the chance to move somewhere just because it makes me happy, to a house that I waited for and chose because I loved it and not because I had to. With my partner’s full support and the children grown, I don’t need to take anyone else into account.

I became a teacher 30 years ago because I thought it was a good profession for a professor’s wife: portable, flexible, a reliable source of work wherever we might go. Now, for the first time, these qualities work to my benefit, to serve myneeds and desires, instead of someone else’s.

Of course, it’s important that my partner and I are on the same page, and I wouldn’t be doing this if he didn’t want to. But he does. We both prefer cooler climates. We both like project houses. We both love history, and that includes historic buildings with all the original details intact. We both love the idea of acreage, wild land to tramp about, perhaps some set aside for gardening, maybe chickens.

And we are both ready to take a new leap. Together.

The fact that he’s retired and thus flexible with where he can go makes it possible for him to follow my lead, a whole paradigm shift for me: it’s my turn.

​The house sings its siren song to me across the miles and I daydream about the possibilities, I cross my fingers and touch wood, hoping that the stars will align and it’ll be ours one day soon. But I also revel in the thrill of taking the reins of my life entirely into my own hands. At 50, maybe it’s about time?