I Want an El Camino and I Have a Plan

My dream car could be canceled because of level-headedness.
By Jean Campbell

The most beautiful car ever built. Image courtesy WikiCommons.
I would never want a PT Cruiser, but it’s a popular car. It screams middle-aged the way a Buick howls “old AF.” I confess I’ve owned mostly Hondas and Toyotas. I love a practical car that holds it value.

In essence, I want to be someone practical who has value, and the right car is the closest I can get to manifesting. At least I’ll resemble a comfortably middle-class, fully employed, ambulatory member of the herd.

But lately I’ve come to admit what I really want: an El Camino, maybe a 1961 or ‘62. A car from an era before it all went to hell in this country. #handbasketmaidstale

Like the best version of me, El Camino is out of sync, a bit old, but timeless. It comes with a coating of metal-flake paint, if I find the right one. The El Camino I get won’t be rusted out but preserved with loving care by someone who truly appreciates the genius of a car that is also a truck.

The problem? They might have built dishwashers and turntables to last in the 1960s, but cars were another story. I’d have to buy it on the down-low when my husband is out of town, because there is no way he’ll agree to an old rust bucket that’s high maintenance and prone to breakdowns.
​
He already lives with one of those. 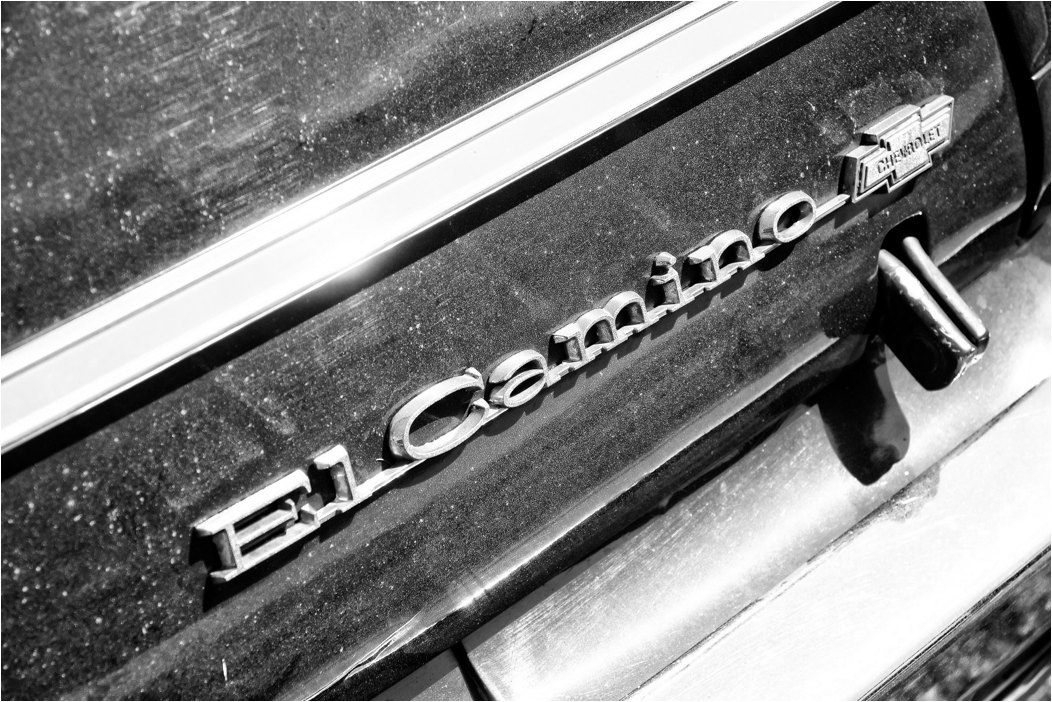 Be still my heart. Image courtesy adobestock.com
Half Car, Half Truck, All American

Like coconut ice cream and Chuck Norris, the El Camino isn’t for everyone. It doesn’t quite fulfill it’s mission, if I’m to be honest. As a car, it lacks enough rear passenger space so it functions more like a sports car than a sedan. As a truck, it’s woefully unmacho and can’t haul crap from Home Depot like an F150 or Silverado.

But it’s the best we as a species will ever create when it comes to hybridizing our two most popular vehicles, passenger cars and pickup trucks. The El Camino tries to bring together a divided country — rural vs. city, red vs. blue, housewife vs. race car driver — so it’s an impossible task.

But the point is, it tries.

And in that effort, that ambition, that sheer audacity, it is the quintessential American vehicle. Yet, it’s been given a Spanish name.

In fact, the El Camino is more like Spanglish, again marrying two cultures that don’t always see eye-to-eye but when they do they give birth to perfection, like table-side salsa and Selena.

What Would Happen If I Got One?

My husband would get over it once I explained it’s my car and I’ll take care of it — kind of like a puppy or miniature horse — and he won’t have to lift a finger.

I’d feel guilty but it’s not like I have a long history of impulsively buying big items without spousal input and approval. If you don’t include our house or two rental properties.

The real dilemma is it would seem like I was having a midlife crisis. Indeed, the very act of shopping for and purchasing this car screams,

“Your best years are behind you, lady!”

There is also the fact that golf clubs would get exposed to the elements so I’d have to remove them from the car/truck bed every time.

Also, I would attract other weirdos like me. Most of them are harmless but there are a few genuinely scary ones. They’d all be men, of course. Women, even menopausal ones who are deeply patriotic and have a passion for style, rarely gravitate to cars. They bake red-white-and-blue cakes and wear cowboy boots with skirts instead.

​Oh, there might be an odd gal who’s inherited her El Camino from her dad or brother, but otherwise my brethren will be classic car fiends and midlife refugees just wanting to hold onto the fleeting beauty of life and suppress the unbearable darkness of being irrelevant. 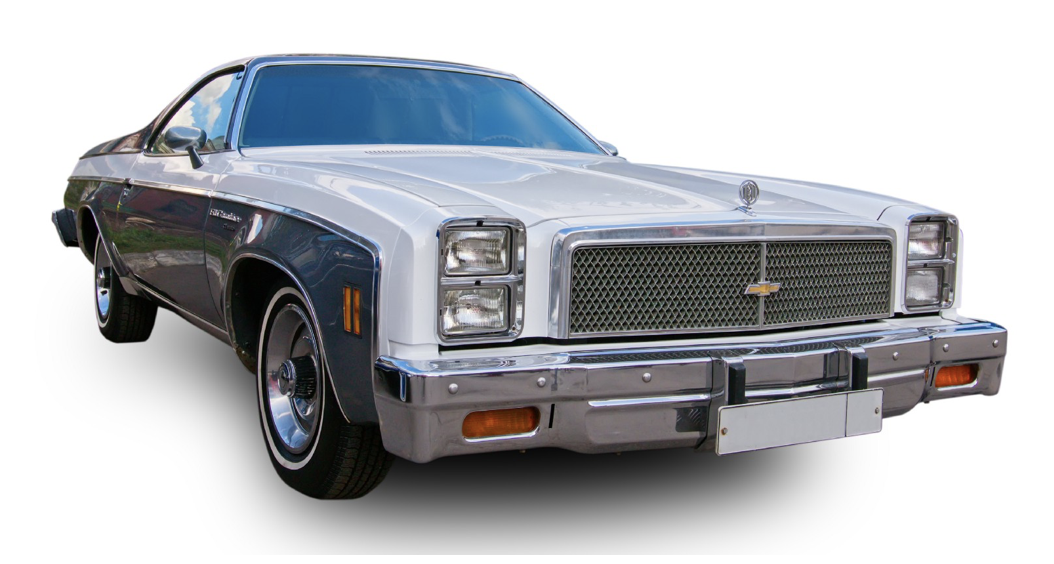 Beefy yet tapered. Bold yet elegant. Perfection on earth. Image courtesy adobestock.com
Who Am I Kidding? I’ll End up with a Honda​

I recently traded in my Honda CR-V for a newer Ford Explorer because I wanted to tow a boat. This turned out to be a grave error, despite both of us thinking through the logistics. About ten minutes into our new ownership, I realized I didn’t want a boat and it would be far cheaper to rent one at the nearby marina.

Now we are stuck with a giant beast named Pearl, and have vowed to look again. We both realized, too late, how awesome and taken for granted our CR-V, Azul, was.

We are in the absurd position of looking for another CR-V.

I don’t think I have to mention the financial downsides, either. I’m not going to because when I do it feels like a chrome-tipped spear is piercing my heart.

At the end of the day, I’m a Honda lady. I like all the cupholders and am willing to forgive the small annoyances, like the Fit we owned with sun visors the size of postcards and the unnerving whooshing sounds at high speeds.

I would consider changing my middle name to Honda, because the best two-wheel vehicle I ever owned was a Honda Helix. Come to think of it, Helix is a pretty sweet middle name.

​The used car market is pure hell at the moment, so I’m stuck with a humongous pearly-white car that I don’t love. It’s not her fault. She can never live up to the El Camino of my dreams or the Honda of my reality.