I Refuse to be Invisible by Carol Lennox

I’m an older woman. Deal with it. 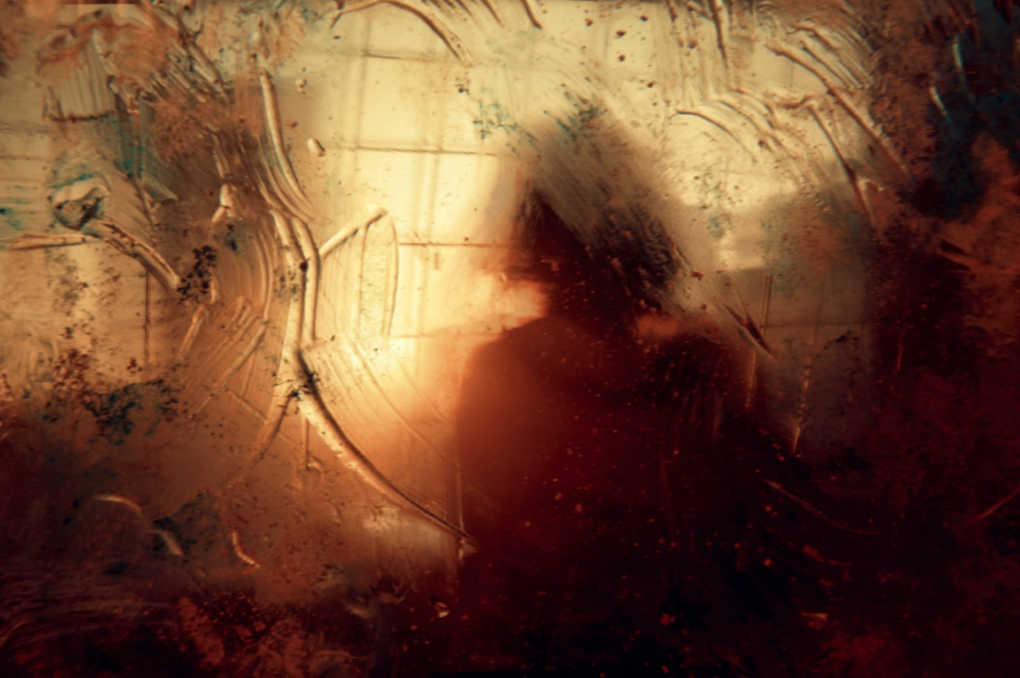 Woman looking into obscured mirror. Photo by JR Korpa on Unsplash.
Now, that subtitle may sound like a rant, but this isn’t a rant. I won’t be chastising you or the entirety of western culture for making older women feel invisible. At least not in this article.

Is it a result of patriarchy, resulting in a devaluation of women of all ages, but especially older ones? Of course. Is it a reflection of our throw-away culture? Yes. Is it sexist? You bet.

However, my goal is to help older women fight that invisibility on an individual level, while banding together to give attention and honor to one another. Let’s fight back one at a time, and also in solidarity. Here we go.

One of the primary ways I bond with other older women is by paying attention to them. When I pass them on the street or in the grocery store, I look right at them and say, “Hello.” Something that simple and easy to do develops a certain tangible energy between us, after their sometimes initial surprise at being acknowledged.

That surprise is part of the fun for me, but also part of the problem. As women age, we are taught that we become invisible. We might even be taught that we’re supposed to. The first time we experience not being seen is the affirmation of the trope, and from then on we expect to be overlooked, ignored, and looked past. So we start to expect that, and ultimately shrink, take up less space, or even slink and slide our way through grocery store aisles, and life.

Mask have made this even more difficult. People can’t hear us through our masks, and worse, we can’t hear them. Nothing makes you feel older than having to ask someone to repeat themselves several times until you are both yelling. And now, we’re told to wear two masks. Sigh.

The one upside, besides avoiding likely death, to wearing masks, is that other people can’t hear us either. That means, they are forced to actually look at us. No more staring down while checking our groceries. They have to look up to get any idea of what we’re saying, or to ask us a question. At least we get a little eye contact from that.

Pre-masks, I made that happen anyway. When a cashier ignored me while I was checking out, I took note of their name, and asked them something about themselves, using their name. I still do it, and it nearly always works.

Essential workers aren’t used to having people be especially nice to them, much less making an effort to use their name and ask about them. I’ve had young men and women look up, their faces lighting up as they answer, and their heads stay up the entire transaction. People notice you when you notice them.

Noticing others so they notice you is the theme here. But what do you, a woman of a certain age, once they notice you? My way isn’t everyone’s, so I’ll suggest more, however this is what I do.

I wear sparkly lipstick. CoCo Chanel once gave some excellent advice. She said, “Young women should wear a lot of mascara, while older women…should wear even more.” 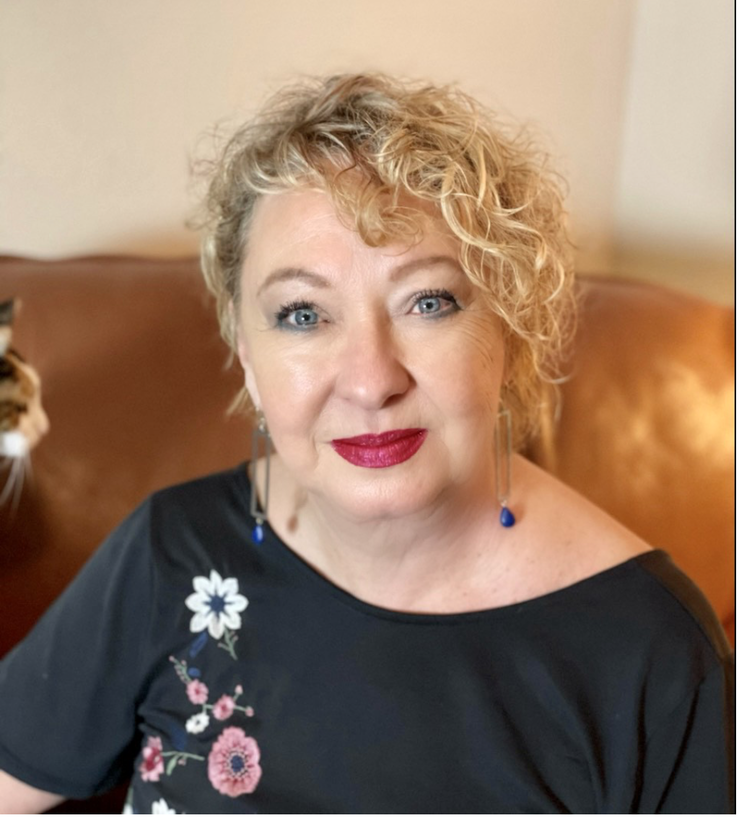 Photo of author by her son Blake Scott, aka Moonlair360 on social meda. “Somewhat” retouched.
That’s not the advice we usually get, but I like it. Have I taken it to the extreme? For awhile I did, but photos of me looking older under too much sparkly eye make up helped me tone it way back. Now, most of me is natural looking, except for those sparkly, light-reflecting lips. Of course, for now, they are seldom seen. But I know they’re there, and that makes me bold.
​
You can do the same with anything that feels like you. Some women wear statement piece jewelry. It doesn’t have to be expensive, just dramatic. It reflects part of who you are, and other people notice and comment on it.

Some older women dress classically, while some dress in their hippie drag. Think Jane Fonda and Lily Tomlin. Two separate styles and yet both get noticed in their show, “Grace and Frankie.” They also address the invisibility issue along with all the issues women of a certain age face, so if you haven’t seen the series, check it out.

Anything that makes you stand out is good, in terms of not becoming invisible. Anything that catches their eye so they look you in the eye. Even if you’re shy or an introvert, the invisibility of age will even things out. You won’t be overly noticed to the point of being too uncomfortable. Maybe you just want to join forces with the rest of us and greet one another. You will be appreciated.

For we extroverts, what can we do after being noticed? Feel free to drop any pearls of wisdom at the feet of the young who notice you. You’ve grabbed their attention, now use it. With kindness, though. Don’t be the grumpy older person trope.

I like to use humor. It’s my go-to in most situations, even in my professional therapy practice. It’s perfect in settings with service industry workers. They’re often bored, if not downright irritated, by the job and many of the people they serve. Surprise them with kindness and humor. If the humor contains a little life wisdom, even better. If it’s self-deprecating humor, that’s fun for both of you in the exchange. Plus, they get to either laugh with you, or give you compliments, or both. Win/win.

The ultimate reason not to conveniently disappear is that the world needs you. You’ve lived. You’ve very likely learned. Perhaps, like many of us, you’ve become more nurturing as you’ve gotten older. Perhaps you didn’t have children, and now is your time to be mother or grandmother to the people in your sphere. Ignoring women of a certain age is akin to burning libraries.

Don’t let anybody “disappear” you. Use humor, clothing, make-up, jewelry, silliness, zen sayings, and anything else you come up with to be noticed so you can make an impact and leave a legacy. Including writing on platforms like this one.​