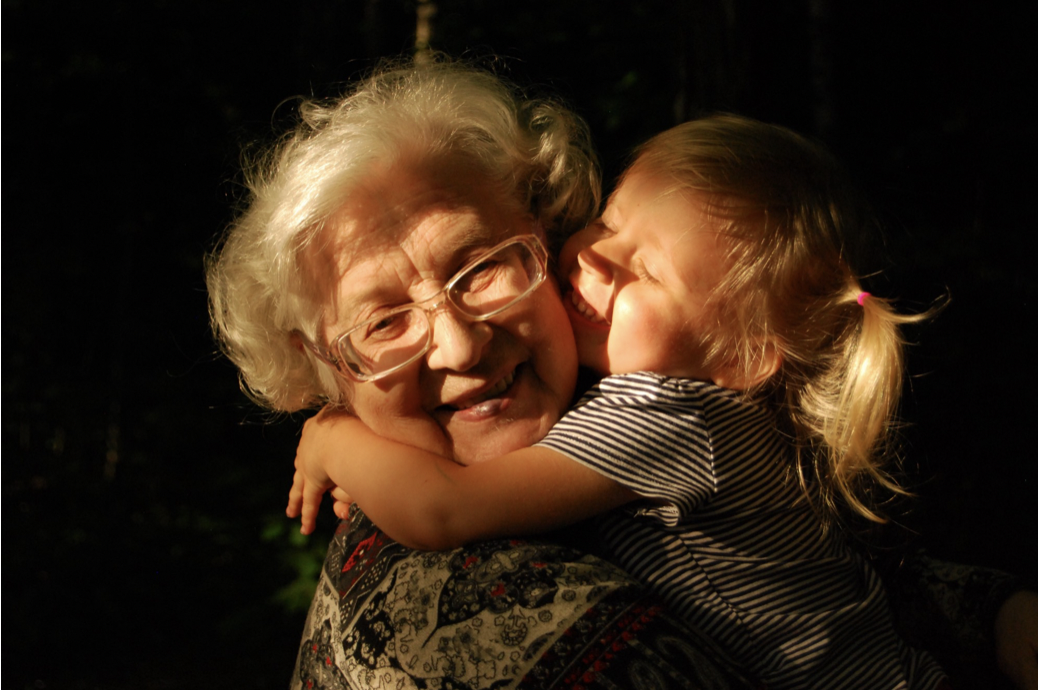 Photo by Ekaterina Shakharova on Unsplash
​Do you remember the story some years back that asserted:

Humans, whales, and dolphins have evolved to live well beyond child-bearing age because this helps raise the survival chances of their descendants, argues a new theory of aging in social animals.--Ronald D. Lee

​The article is fascinating, but here’s what caught my eye:  Dr. Ronald Lee of the University of California at Berkeley said that an infant back in the hunter-gatherer era was not only cared for by its parents but by 11 other people, too.

It makes sense that children were more likely to thrive with aunties, siblings, grandparents, and more to prevent them from toddling into the fire or wandering into the woods.

In addition, the parents would be able to do a lot more of that crucial hunting and gathering if someone else is helping to grind the grain and sew the hides.

Lee also suggests that menopause occurs relatively early in the human lifespan compared to other mammals, so older women can devote time to caring for their children’s offspring. Thus, early menopause may provide a significant opportunity for our genes to persist.

Does this explain the overwhelming love we feel for grandchildren?

This week I read the results of a new study on one of my favorite sites, Neuroscience News. Scientists scanned the brains of grandmothers while they were viewing photos of their grandchildren. James Riley, the author of the study, explained that areas that area of the brain associated with emotional empathy lit up.

When the same women view pictures of their adult children, the brain area related to cognitive empathy is activated, showing that they are trying to mentally understand what the other person is feeling.

Most of us are unprepared for the feelings of love we had for our first baby, at least once we recover from the initial shock! For some reason, I was equally surprised to feel even more connected to my first grandchild. Now it turns out I was genetically programmed to love her.

Loving our grandchildren makes sense, though, doesn’t it?

​Feelings of attachment will help ensure the survival of the grandchildren. Most children don’t have 11 bonus people loving and looking out for them these days. So they need grandparents more than ever. 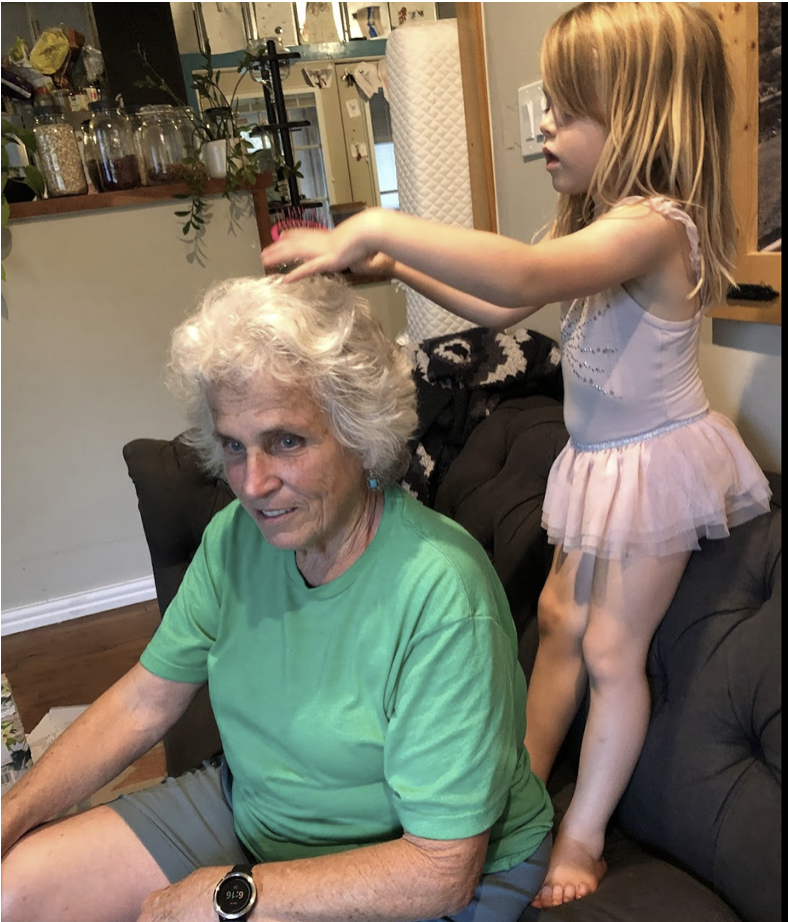 Photo of the author getting her hair 'fluffed' by her youngest grandchild. Photo courtesy of the author.
And I believe grandparents benefit just as much by spending time with their grandchildren. In fact, a Pew Research study reported the answers of people 65+ when asked to describe the best things about growing older.

Twenty-eight percent of the respondents reported spending time with family was their favorite, and another 25% said they valued time with grandkids above all.

Now that I’m less busy than when my five children were young, I know I relax more and enjoy every moment spent with each grandchild. 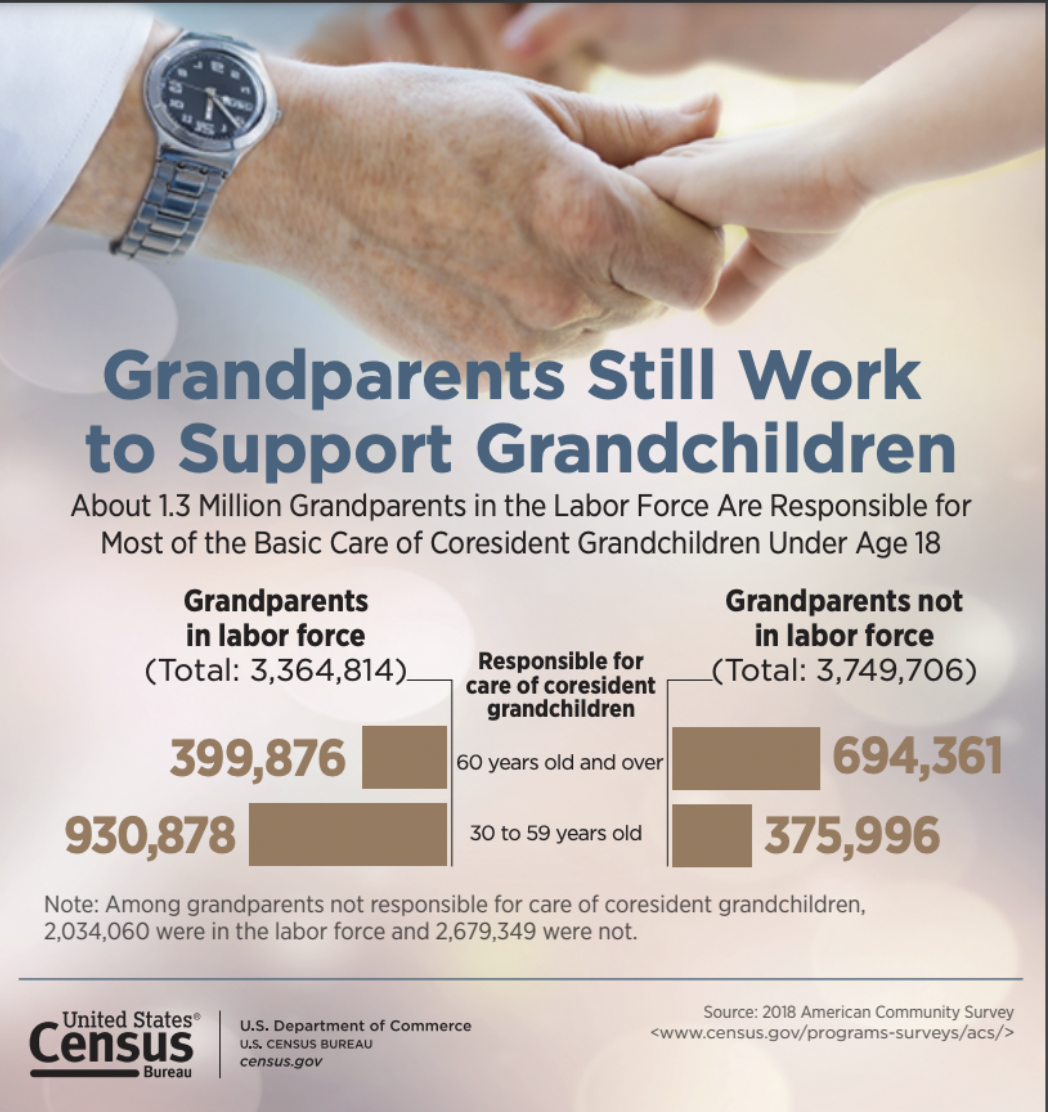 I appreciate the care and commitment of all the grandparents who are dedicating themselves to their grandchildren. While I indeed enjoy spending time with mine, it’s a whole other level of work to care for a second-generation when your children are grown. To all of you in this position, you deserve admiration and respect.

Evidence is accumulating that positively engaged grandmothers are associated with children having better outcomes on various measures, including academic, social, behavior, and physical health.

How many of us are grandparents?

According to an article on the A.A.R.P. website, in 2019, 70 million Americans were grandparents. I didn’t realize that by age 65, a whopping 96% of people have grandkids.

​Fortunately, according to the same article, two-thirds of us have grandchildren within 50 miles. I know being geographically close has kept me from moving. Children change so quickly, and I don’t want to miss a thing. 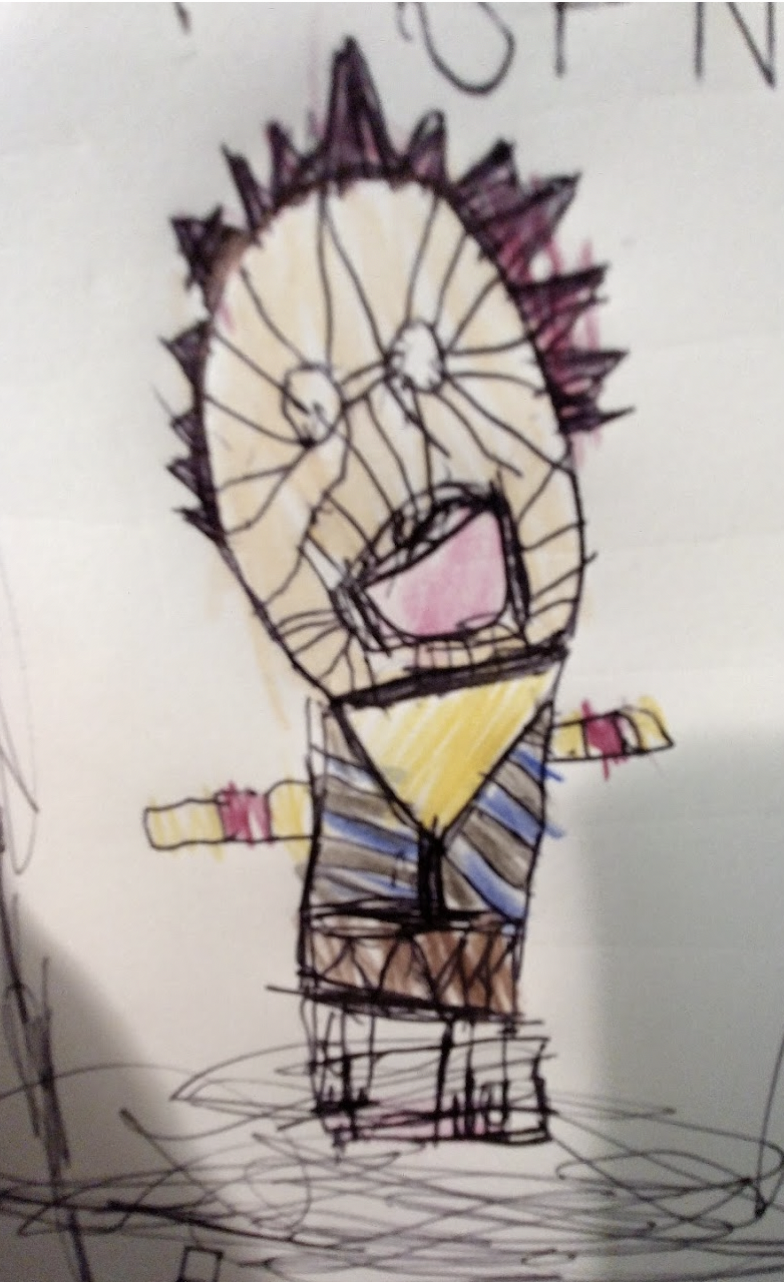 Photo by the author of a 'grandpa'.
Of course, as a proud grandma, I delight in the unique perspectives that my grandkids bring to life. A couple of years ago, my five-year-old grandson presented this picture.

I admired the detail but asked him, “What are all those lines on the face?”

“Nana, those are the wrinkles!”

I only met one of my own grandparents, and she lived in California while I grew up in Alaska, so I barely knew her.

Somehow, I always missed them; that sense of continuity, the understanding that, yes, Daddy once was small and Mama was a little girl long ago. I imagined they’d have time for me.

If you have no grandchildren, you can still enjoy the benefits.

I love this quote:

A child needs a grandparent, anybody’s grandparent, to grow a little more securely into an unfamiliar world.--Charles and Ann Morse

Whether we are related genetically or because we are all part of humanity, we can serve as mentors, friends, and even role models to children.

Equally important, we will find love, purpose, and encouragement ourselves as we share our skills and talents with others. If you’ve got some time and love to share, search online for foster grandparents, and an opportunity will pop up. You can also go directly to AmeriCorps Senior or Encore and check into a plethora of options.

Working and playing together, people of all ages, we will be stronger and happier.

What do you find the most rewarding about associating with younger people? How do you stay close to your grandchildren if you’re separated by distance? Please share your experiences, and yes, you can brag on your grandkids—we’ll understand.