Women get hit hardest, but men take their lumps, too.
By Janice Harayda 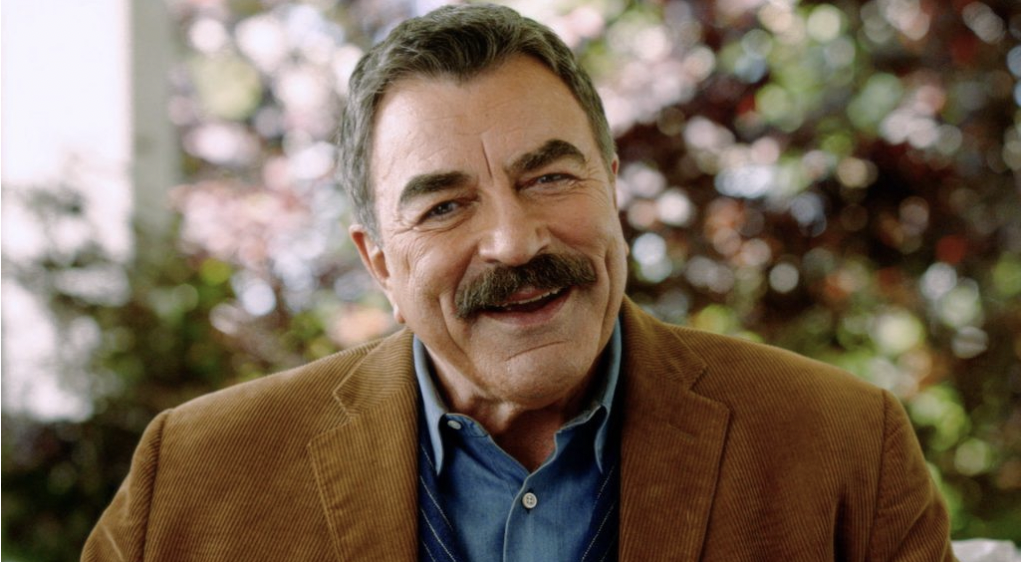 Tom Selleck in an AAG commercial for reverse mortgages / Credit: AAG
Americans lampoon the TV commercials of the Mad Men era that portrayed women as happy floor-waxers with a fixation on removing “ring around the collar” from men’s shirts. But have things really changed?

In one way, yes. TV commercials show a much broader cross section of the population than in the past, or people of varied ages, races, cultures, body sizes and sexual orientations. One study found that 38 percent of their actors were people of color, compared with 26 percent in 2006. Gay couples have become more common, though they remain relatively rare.

But the new diversity — if overdue — has had an unintended consequence: It’s enabled advertisers to insult a wider range of Americans. Here are five ways the commercials slight people over 50.

1. They treat people over 50 as clueless about technology
​
​You’d never know from TV commercials that about 80 percent of Americans between the ages of 50 and 64 own a smartphone. Older generations appear in only 15 percent of media images shown by popular brands, a 2019 AARP study found. Only five percent of those images show them using technology.
​
You’ll get a sense of the problem if you try to imagine AT&T replacing Lily, its chipper 34-year-old pitch woman, with someone with gray hair. It’s almost impossible. Do you even see gray-haired people in stores in those ads? 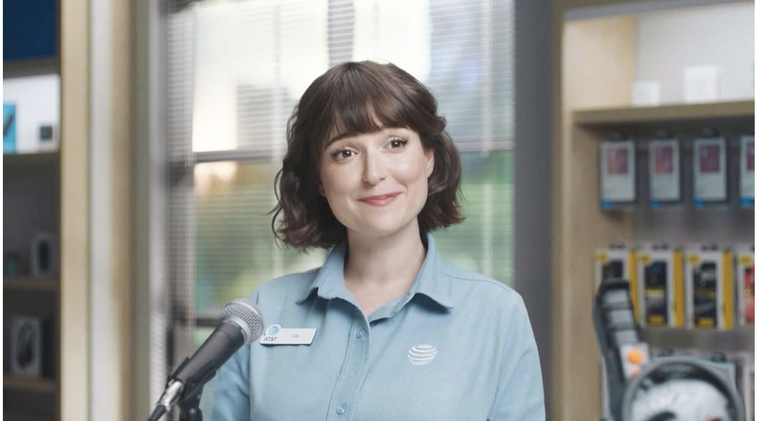 Will At&T ever allow Lily to go gray? Don't bet on it. / Credit: AT&T
2. They portray people over 50 as stuck in the past​
​
A scarcity of over-50s in tech ads reflects a larger problem: Advertisers see the cohort as stuck in the heyday of Steely Dan and bell-bottoms, if not in that of the Dave Clark Five and go-go boots.

In her recent book In Our Prime, the media scholar Susan Douglas notes that some TV backwaters run ads pitched to older people, “especially cable channels like Decades showing Johnny Carson and Ed Sullivan reruns.” But those outliers are “still stuck in the 1970s and continue to bombard their audiences with images of risk-filled aging  —  ads for reverse mortgages, medical-alert buttons, and security systems,” sometimes along with ads for other risk-mitigating products, such as life insurance and financial services.

Think of Tom Selleck’s commercials for AAG reverse mortgages or Pat Boone’s for the Safe Step Walk-In Tub. They imply that being over 50 is a minefield. The way to avoid imploding is — you guessed it — to buy products they plug.

Sure, there are well-heeled, gray-haired couples in the commercials for those pricey Viking Cruises on the Rhine or Danube. But if you’re single, have no vacation time, or can’t afford those tours, you won’t see yourself there. 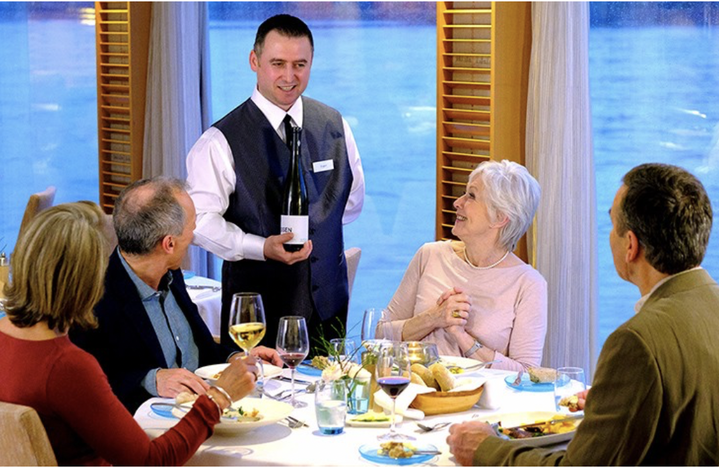 TV ads are a maw of disease-mongering and its evil twin, fear-mongering, much of it aimed at people over 50. On the CBS Evening News, 72 percent of commercial breaks had at least one Big Pharma ad, Susan Douglas writes:

“Today, especially if you watch any television that ‘skews older’ — the network news programs, CNN, or the Weather Channel, for example — you completely take for granted the onslaught of pharmaceutical ads, often for ailments you never heard of like psuedobulbar affect and for products with phony pseudo-scientific names designed to roll off your lips.”

Some ads are almost as weird as those old Cialis ads that showed a man and woman sitting in side by side claw-foot bathtubs on a beach. Douglas adds:

“Some commercials use female actors in their 30s or 40s, presumably to give us flattering reflections of ourselves as still young, but also to rope in as large a group of potential sufferers as possible.”

The fear-mongers include “Douglas,” a 65-year-old “writer” and “director” in an ad for the dietary supplement Prevagen. He says: “In the kind of work that I do, you are surrounded by people who are all younger than you.” He adds, as he stands near a younger screen-gazer, “I had to get help to stay competitive.”

A subtext of ad is that to “stay competitive,” you can’t rely the strategies suggested by career counselors, such as seeking further training: You need a supplement that’s had its effectiveness challenged in multiple lawsuits. As the Prevagen commercial ends, Douglas walks with a woman who appears at least a decade younger. The implication is clear: If you take Prevagen, your sex life might benefit, too. 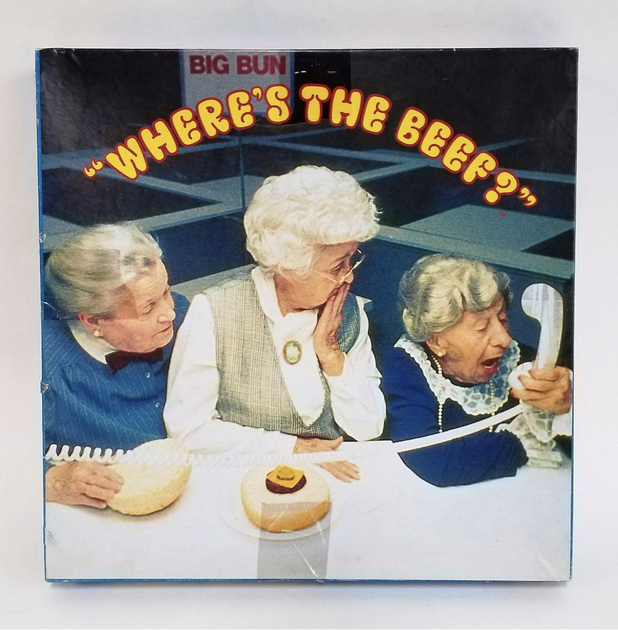 Jigsaw puzzle of the “Where’s the Beef?” ad / Credit: Children’s Museum of Indianapolis
4. They show few older people at work

More than 53 million people over 50 work, according to the Bureau of Labor Statistics. But you’d never guess it from TV commercials. Except in those scare-mongering ads for drugs or supplements, you see few employed boomers or older Gen Xers. Only 13 percent of the images that AARP reviewed in a 2019 study showed older people on the job.

“Instead, they appeared at home more than in any other setting, often in the company of a partner or a medical professional,” the New York Times said, in a summary of the study. “Younger people were more likely to be featured with co-workers.”

Even so, being cast as slacker might be better than the alternative some marketers apparently envision. One 2019 ad for a food delivery service described being 50 years old as “basically dead.”

5. They perpetuate stereotypes of men and women

Some Big Pharma ads do show men and women leading active lives with the help of the industry’s latest drugs. But they portray the sexes differently.

Susan Douglas has found that silver-haired men drive tractors, go kayaking, or play guitar in a rock band. Women shop, garden, or play with their grandchildren. Most ads center older women’s identities on their roles as grandmothers, “not as independent women, let alone working women.” Some don’t represent much of an improvement over the days when a cranky Clara Peller demanded, “Where’s the Beef?,” in Wendy’s adds.

Ads that involve people who work beyond a certain age — like the Prevagen commercials — imply that you can’t do it on your own. Only a drug or supplement can save you from professional obsolescence. It’s a grim irony that commercials for the metastatic-breast-cancer drug Ibrance are among the few that show women at work. Some women may need to work pay for the drug, which costs the uninsured about $13,000 for 21 capsules.

Many of the dubious commercials reflect the marketing strategy known as “aspirational aging.” That approach urges people to work toward “a new potential self to ward off (and pretend we aren’t) aging,” as Susan Douglas puts it in In Our Prime. 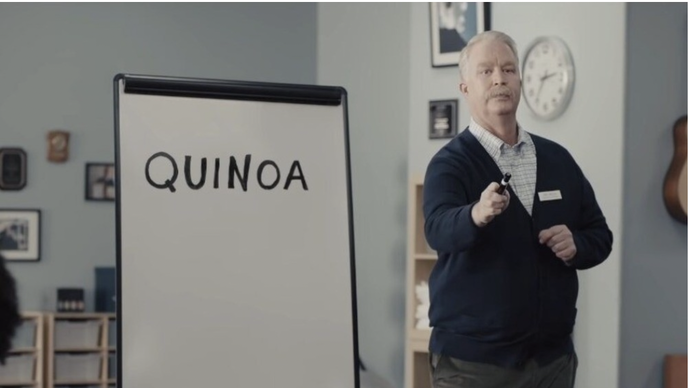 Dr. Rick tries to help parents who can't pronounce "quinoa" / Credit: Progressive Insurance
“Aspirational aging” recognizes that legions of older people lead active lives and feel younger than their years but tries to exploit it for profit. You might wonder if it isn’t hopeless to ask for more enlightened images. Haven’t commercials always had an element of absurdity?

Yes, but treating people over 50 fairly doesn’t require dull or humorless ads. Take the current Progressive commercials about “Dr. Rick,” a therapist who tries to help new homeowners avoid turning into their parents who can’t pronounce the word quinoa or figure out how to mute their cellphones.

These satirical commercials work  —  and have found cross-generational popularity  —  because they aren’t about older people but about the age-old divide between generations. They send up adult children’s fears of turning into their parents as much as they do their elders’ habits. The “Dr. Rick” commercials also slyly tweak TV therapists like Dr. Phil in ways that more than one generation can appreciate.

More than a half century ago, Blackglama launched one of the most successful ad campaigns of all time with its “What Becomes a Legend Most?” series, which showed celebrities of all ages in its mink coats. It fell out of favor as the animal rights movement gained steam.

But while they lasted, the Blackglama ads showed that women  —  and men like Ray Charles and Rudolf Nureyev  —  can be attractive and successful at any age. It’s too bad that so many recent commercials resemble entries in a contest that might be called, “What becomes an advertiser least?”