A Message from the Other Side by Anna I. Smith

Or is it just an annoying bird and menopause? 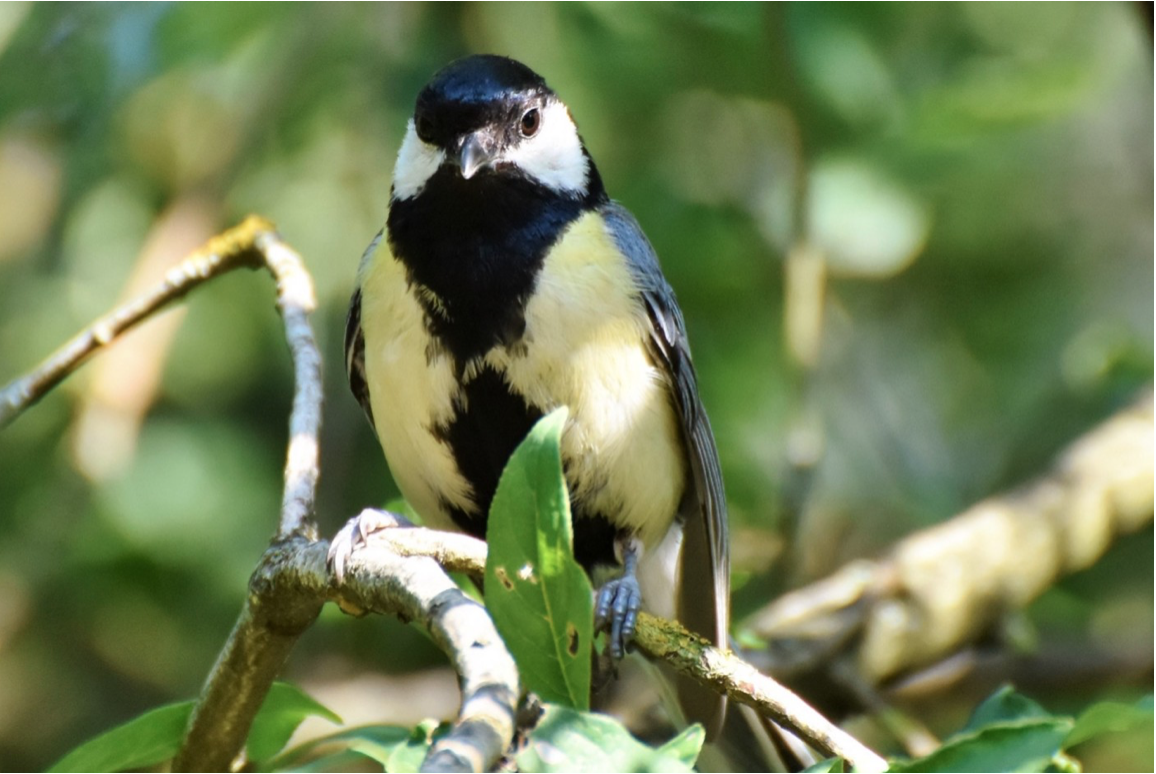 Photo by capri123auto on Pixabay.
It’s 5 a.m. A screeching, sharp twitter like no other wakes me up.

I try to but can’t go back to sleep. Thirty years ago I’d wake up and fall asleep without a problem. Now things are different. Now my on-off switch gets stuck in the on position. It’s ironic. When I finally have the opportunity to set my own schedule, when it’s just the two of us with no next day obligations I wake up before the wildlife outside my window does. Menopause is cruel.

After twenty minutes of listening to the loud, relentless bird sound I get out of bed and slowly shuffle down the hall to my office.

The small room has a built-in daybed surrounded by bookcases. Along one wall there’s a rectangular narrow window with my desk underneath. Even at this hour, I don’t bother to close the curtains. Having the opportunity to see a new day take shape is an honor and something I don’t want to miss.

But at five in the morning total darkness still rules. I open my laptop and begin to go through that night’s emails. Suddenly I hear a slight thump. Something hit the window. I look up and there’s the bird sitting on the window sill. The tiny black and white creature is staring at me. Staring at me and chirping.

Two, maybe three minutes go by. The bird doesn’t move. Neither do I. With only a thin piece of glass separating the two of us we sit like that, looking at each other.

Isn’t this weird? Could it be? No, it couldn’t.

The bird flies away, the sun comes up and I forget all about it.

Until the next morning when the same thing happens again. This is when that conversation I had with my mother six months prior, the one I pushed aside the day before, can’t be ignored.

My mom and I were talking about life and death. It was a frequently discussed topic. Near the end of her journey, mom was mentally preparing herself for the grand exit. Her last wishes and funeral plans were written down with copies made for each of her four children. Her obituary, created by her, was in a folder that was placed in the top drawer of her dresser. She liked to maintain control. The only aspects she couldn’t control was the how, the when, and the what-now parts of what would happen next.

Not being the religious type, my mother had a difficult time imagining that there would be a Life Part Two. But with each year she became more open to the idea. I was glad. I was not ready to let her go.

I asked her if she was afraid of dying. She said she wasn’t but that she was afraid of being separated from her family. I asked if she could envision a life beyond this. She said she didn’t know. “Well, if there is a sequel, please give me a sign,” I told her. “ Come back as a bird and do your best to let your presence be known,” I said. She promised she would. With that, we changed topics.

Three months after my mother’s passing and I’m here at my desk with a bird outside my window staring back at me as if we’re equals.

The next morning the same thing happens again.

By the third day, the unusually noisy bird manages to wake my husband as well. I tell him about my previous encounters and about my mother’s promise.

“What if it’s her?” my usually brilliant husband blurts out.

“Are you crazy?“ I look at him in disbelief. The whole idea is ludicrous. First of all, my mother didn’t really believe in any kind of afterlife and if she did change her mind she wouldn’t wake us up at five in the morning.

I act as though I think my husband is out of his mind but secretly I love the fact that he’s at least entertaining the idea of his mother-in-law visiting us, this time in the form of a screeching bird. And at 5 a.m.

“Maybe it’s the best time of day to get your attention,” my husband suggests.

He has a point. At that hour there are no other birds around. Things would be different if she showed up at noon when our backyard is swarming with birds diving into our birdbath and fountain, eating berries off our bushes and conducting meetings in the trees. I would imagine that kind of crowd would be too much competition for a bird trying to get a message to a human.

“Why don’t you go outside and talk to her?” my husband continues.

Another foolish idea. I was not about to go out into the misty darkness, in my cheap hot-flash friendly cotton nightgown, pull up a chair and speak to a bird. Besides, what would I say?

Now my husband looks at me as if I’m the crazy one. He has known me for close to four decades. The day I’m at a loss for words is the day I’m dead. But he doesn’t push the issue. He turns over and goes back to sleep.

And so it continues. Morning after early morning the wakeup calls go on. The bird chirps. I get up, walk over to my desk and sit down. The bird stares at me and I stare back until it flies away.

Until one day when the chirping stops and the bird is nowhere to be found. I come to my senses. I finally get some sleep.

Then a few weeks later there is that familiar sound again. This time the sound makes me happy. I realize I’ve missed the bird. If it is my mom, she’s obviously doing everything in her power to connect with me. And I? I just sit there.

So again I get up, shuffle over to my desk and sit down. And once again the bird lands on my window ledge. This time I blow it a kiss. I thank her for coming and ask how she’s doing. I begin calling her by my mother’s name. I feel foolish but I don’t care. It’s mom and me, total darkness and nothing else.

When spring arrives I crave more light. So I move my desk across the hall to the room with a bay window and a large tree right outside. And less than an hour after settling down, there’s my bird in the tree, chirping and staring straight at me.

But I still don’t go out there. It’s not because I don’t know what to say. I don’t go outside because I’m afraid of what will happen if I do. The bird will fly away and with it, my hopes of it being something other than just a noisy ordinary bird will vanish. I don’t know if I’m ready to give up on the idea of my mother having found her way back to me.

But one thing I know. If I had a chance to turn back time, that one conversation with my mother six months before her death would be different.

If I had a second chance I’d tell her to forget about returning as a bird. Instead, I’d ask her to come back as a different kind of animal. Because if I’d ever wake up to the sound of an elephant or a llama in my backyard then I’d know for sure.

Read Anna I Smith's bio in the writer's section.